Compare the Cloud
Home Articles The cloud in 2015 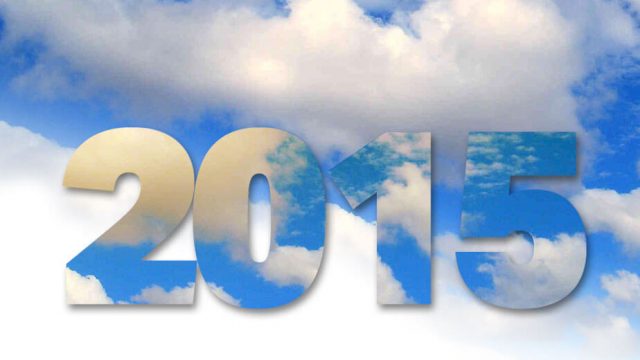 IP Expo Europe is my first foray into the IT world, it is big, daunting, and has made me realise how vastly people’s ideas on the cloud are truly spread.

To try to wrap my head around the world of the cloud I decided to go talk to some of the vendors at today’s expo.

I had one aim, to ask them the following question:

I took a random approach to choosing my targets, I approached stalls that had someone who was free to chat to me, and only included them in the following selection if they gave me a legitimate response.

I have to admit, I was hoping someone would tell me they saw rain in the future of the cloud – but alas, no one was quite that witty.

“In the future I see the cloud becoming a hybrid solution for companies. I think companies will be happy to move some services to the cloud, but there will continue to be a need for on-site servers.” – Janet O’Sullivan, Channel Market Manager @ Storage Craft

Admitting to me that she was quite new to cloud herself, Janet’s justification was that she didn’t believe people would be willing to let all their data go into the unknown. This makes sense to me, having everything in the cloud is quite a daunting thought.

“From a sensible point of view people are going to want their data at their fingertips, the cloud is going to have to become more accessible. But I think in reality the cloud is going to implode. Once the cloud has a solid definition and is established for what it means to people it will no longer be desirable as a secure and accessible solution.” – Mark James, Security Specialist @ ESET

I like Mark. He gave me a point of view no one else was brave enough to express. Cloud is such a broad term, when the general population begins to understand exactly what it is in finite terms, I agree that people may flee from it. People tend to stick to what they know, we are creatures of habit, if all of a sudden someone discovers the cloud is not what they thought it was, I think it’s highly probable they will be turned off it.

“I think there are parts of the cloud business that are already in perfect competition, those markets won’t change much, I think what will change is that storage and syncing are going to be fairly commoditised in 2015. We will see an expansion in marketplaces for hybrid cloud and mobile cloud services, especially in mobile editing, collaboration and creation services. There will be a rise of specific programming and a specifying of applications. The cloud needs to become more vertical and get smarter about what works to support workflow in business.” – Ahmet Tuncay, CEO @ Soonr

Ahmet showed me some amazing software designed specifically for medical use with CT scans and X-rays, his argument for the cloud becoming more specified really resounded with me. He explained that currently a lot of programs are broadly available and used in multiple industries, despite possibly not being the most effective for the job at hand. For example, construction companies may be using the same software as medical institutions. By specifying the software to the task at hand, productivity can be increased.

“What will change the cloud in 2015 is faster networks in our homes and on our phones, but security will continue to be an ongoing issue. If someone builds a fence, there is always someone else trying to figure out a way around it.” – Chitra Dunn, Managing Director @ Agileise

Personally this excites me, I am of the generation “now”. Any improvements that will supply me with a faster connection are fine by me! Security issues tend not to be in the forefront of my mind, I admit I should probably be more concerned about it, especially due to how many people mentioned security as an ongoing issue.

“We will see more of the same of 2014, no radical changes. Cloud is not going to change the world in 2015.” – Paul Holt, Senior Vice President @ Verisign

Paul made me laugh, he was very honest in his opinion of the cloud, it has existed since before we gave it a buzzword, and it will exist once that buzzword dies off.

“It’s all going to be about security in 2015. The PCI V3 (Payment Card Industry) is going to be massive. I also think the value of cloud services is going to increase.” – Henry Merrett, Senior Network Engineer @ ServerChoice

Another acronym for me to remember! I have to admit I did interject Henry and get him to break it down for me. The tech world is big on acronyms, I’m struggling to remember them all!

“The cloud for us has been one of those things that people consider security around a lot more. In 2015 I see clouds becoming a lot more localised because people are fearful of where their data is.” – Jon-Mark Wilkinson, Channel Sales Manager @ Watch Guard

I promise Jon-Mark is of no relation to me. He cited the celebrity nude pictures scandal of late, media coverage has definitely made people more fearful of their personal data being leaked than they ever were before.

“The cloud this time next year will be just as confused as it is now. We as an industry need to start simplifying the market for customers. In terms of cloud adoption, it’s about culture, customers may look the same on paper but culturally they operate on different levels. The younger generation of IT coming through will push for developments on faster, more effective cloud services.” – Chris Reynolds, Partner Manager @ Pulsant

Chris talked to me at length about how what people think cloud is, often doesn’t correlate to what actually exists. He explained to me that what one company refers to as cloud can be completely different to another.

Concise, and to the point. Joe summed up what a lot of vendors told me, they saw a move to localised clouds and an increase in hybrid cloud services.

From my jaunt around the expo my answer would be the following; the cloud in 2015 is likely to become a more visible part of everyday life, end-users will have more access to cloud services and be more aware of the services they are using as they are specified for their needs.

From Mt Gox to Now | The Crypto Exchange Transformation

The Growth of Cloud Computing in China

Are Russia’s gates to the West closing?

Achieving integration excellence in the cloud