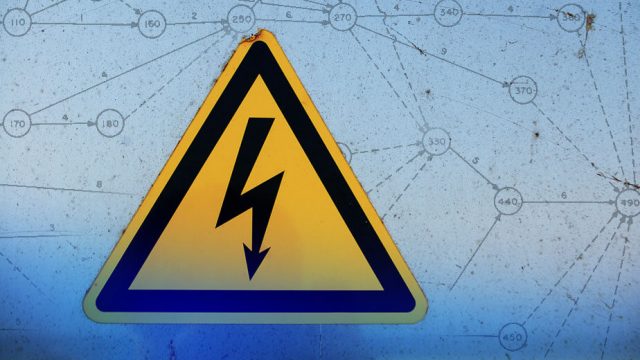 ServerChoice’s Joe Beaumont takes a look a power in the data centre and its importance.

Fly Wheels
At ServerChoice our MD has just got himself a shiny BMW i3. I know, I know, I said this was about data centres, but bear with me for one moment: I’m obviously obliged to point out the connection between our MD’s commitment to green transport and our highly efficient green data centres (insert cheesy salesman grin here), but it does go to show how electrical power is worming its way into evermore fundamental parts of our lives. I’m reminded of the end few lyrics to the Kraftwerk song ‘The Voice of Energy’. And yes, the title of this paragraph is a pun. Or at least it would be if you lived in 1970’s San Francisco. Right. On to something more interesting:

Flywheels
When it comes to UPSes there’s always a debate between battery and flywheel, with proponents of both camps banging their drums. There are impressive credentials for both: batteries are tried and tested and power the latest Formula-E racecars, plus the boss’ not-quite-so-super car (see above). Flywheels, on the other hand, are seen as greener and power such mighty beasts as the JET Fusion reactor1. The truth, as usual, is somewhere between the two; both technologies have their pros and cons and thus there’s space for both in a modern, resilient DC. Flywheels offer instant power, are greener and take up less space. But they only last for a few seconds: what if your generator doesn’t start on the first crank? Batteries, meanwhile, aren’t as green, aren’t as space or cost effective, but will last for minutes and minutes. And if your goal is resilience, that’s what counts. Why not use both? Use a flywheel as a cheap battery buffer.

Location Location Location
Whether you’re looking for a colocation/cloud provider or aiming to build your own data centre, location can’t be underestimated from a power point of view. Whilst it’s very trendy to be in London, the truth is that quite a few facilities have limited power density, sometimes to as little as 4 Amps per rack. That won’t meet the requirements for a lot of mid/low-end gear, let alone anything with the words ‘high and ‘performance’ in their description. And then there’s power resilience and security to think of. That’s why more data centres are taking an outside-of-M25 location: as much power as you can munch and with modern connectivity offering sub-2ms latency, you’re as good as there.

Brain Power
With energy prices inevitably rising, the demand from cost-conscious customers is to move toward pay-as-you-go power metering. Our own version is called FlexPower™ and has already been covered in a previous sales-pitch-free blog. Intelligent PDUs are a part of this smart process and have the advantage of enabling a few clever things, like remote power cycling and visibility of real-time power consumption.

The Power Factor
That isn’t just a snappy sub-heading; it’s a real thing. I’ll skip the jargon about dimensionless numbers and reactive/resistive loads and just tell you that it’s a number, usually near 1, and demonstrates difference between the apparent and actual power available2. Technically it’s kVA verses kW and all data centre operators worth their salt will have a figure approaching or above 0.8-0.9. It’s not something that often needs to be considered but it has the potential to trip up data centre managers when capacity planning, especially on larger scales, as kVA is not the same as kW.

Muddled Metrics
Power Usage Effectiveness (PUE) is the most commonly used data centre power metric and represents how efficiently your facility is running. The equation is simple: Total Data Centre Energy divided by the IT Equipment Energy. In other words, how much power is getting to the IT equipment compared to how much you’re using overall. That ‘overall’ includes things like lighting, running the cooling, UPS system losses, cabling losses, etc. So a PUE of 2.0 means that for every 1kW powering some equipment, another 1kW is used to run the data centre.

A few years ago a PUE of 2.0+ was common, though these days a modern facility should be running with PUEs lower than 1.5. There’s a lot of variability in the industry: though Google often cite incredibly low PUEs the 2014 average is still 1.7. There are also increasing calls to replace PUE with a new metric, one that takes into account what the equipment is actually doing. A low PUE is all very well and good, but what if the server is sitting idle for 70% of its time? There have been a few proposed, but the most promising-looking is FVER, though time will tell if it catches on.

1 I was lucky enough to have a tour of the Culham Centre for Fusion Energy recently and cannot rate it highly enough. Our friendly, funny and informative guide explained that the JET Fusion Reactor makes use of two 700-tonne flywheels to pump in up to 300 megawatts of energy.

2 Strictly, the PF value can be between -1 and 1, with negative numbers occurring when power is fed back into the system. For most data centres this isn’t very likely. For a more sciency look at the power factor, there’s loads of good sources online.

Back to Basics: Cloud Recovery

Bursting out at Christmas

Is Service The New Cash Cow?