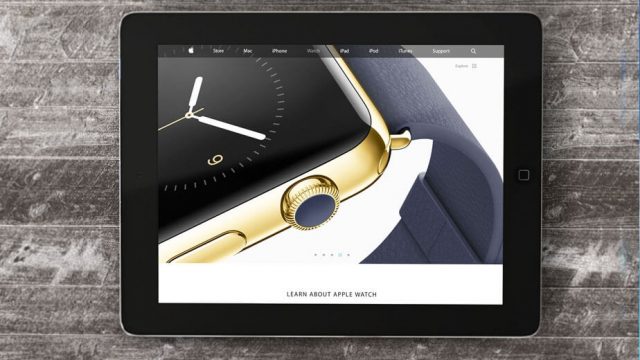 First we had the new iPhone 6, next year’s Apple Watch, and now we have the iPad Air 2 but it is the new mobile wallet we should be watching. Our data is about to get a lot more personal. ‘Watch’ out, Apple’s about.

Everything is Apple in time for Christmas. iPhone mania and iPad lust is here once again! Yes! It’s that time of year once more when the fruit-themed tech giant rolls out yet another incarnation of the greatest thing ever. With bated breath Apple fanboys and the media alike descended upon Cupertino, California yesterday to see for themselves Apple’s latest arrivals.

But this year’s annual pop culture event not only saw the release of the iPad Air 2, iPad mini 3 and the long rumoured 5k iMac; Apple, with its usual pomp, announced what could be one of its most lucrative services – that Apple Pay is launching Monday, October 20, following the release of iOS 8.1. Apple’s assault on the mobile payments has begun.

Commentators are already speculating as to the impact of Apple Pay in the payment, retail and mobile sectors, which allows users of its new handsets to pay for goods and services simply by tapping their phone against a special terminal in shops.

The new app uses near-field communication (NFC) chips. These NFC chips – similar to those used in Oyster cards and contactless credit and debit cards – can communicate securely and wirelessly, and uses a Touch ID fingerprint sensor to authenticate purchases. You can also, using the handsets iSight built-in camera, take a picture of your bankcard and the details will automatically be added to the service, under an app called Passbook.

Sounds all great and Star Trekky doesn’t it? But there are legitimate questions about the privacy implications of Apple’s plans, especially given the recent iCloud nude celeb leak, Apple doesn’t have a good record on picture security right now. Moreover, Apple’s foray into the wearables world has raised further concerns. Take the fitness-monitoring app for the Apple Watch for instance, some are run by third parties outside of Apple’s control, so just what kind of information might they learn and share about Apple Watch wearers?

Apple has touted the encryption features it’ll use to obscure credit-card information, but if people do take photographs of their credit cards to add them as payment options just how will those images be secured?

Also, just how secure are payments given the device lacks the security of Touch ID. Well, according to reports when a user first puts on the Watch they must type in a PIN code to authorise Apple Pay. Once it’s on, the Watch uses constant skin contact, which it can sense using the four sapphire-covered lenses on the underside of the device, to authorise payments. However, once the device is removed from a user’s wrist, they must re-enter their PIN when putting the device back on their wrist.

Commentators are already speculating as to the impact of Apple Pay in the payment, retail and mobile sectors, which allows users of its new handsets to pay for goods and services simply by tapping their phone against a special terminal in shops.

Perhaps mindful of potential skeptics, Apple’s senior vice president of Internet Software and Services, Eddy Cue, stressed how secure and safe the system is. “Security and privacy is at the core of Apple Pay. When you’re using Apple Pay in a store, restaurant or other merchant, cashiers will no longer see your name, credit card number or security code, helping to reduce the potential for fraud.”

Adding: “Apple doesn’t collect your purchase history, so we don’t know what you bought, where you bought it or how much you paid for it. And if your iPhone is lost or stolen, you can use Find My iPhone to quickly suspend payments from that device.”

Yo Delmar, Vice President of GRC at MetricStream, a governance risk and compliance specialist, told me that: “Apple Pay is a game-changer for digital wallets – finally introducing securely stored payment information on your mobile device. By sending a simple token, instead of the full credit card account number, to the merchant’s NFC – enabled point-of-sale register and adding Touch ID fingerprint scanner, we finally have a payment system that actually reduces the risk of credit card theft and security breaches. Credit and debit card numbers are not stored on the device, nor on Apple’s servers. By assigning a unique, encrypted device account number Apple raises the bar on secure payments everywhere.”

It is likely that the true security implications of Apple Pay will only become clear once the new products have been on the market for a while – until then, the industry can only really guess at the potential pitfalls. But one thing’s for sure, the wearables market has entered a new era and it would seem that Apple and its loyal fanboys, have a significant part to play in what could be an extremely interesting development in the payment, retail and mobile sectors.

Should robots be marketed to children / teenagers ?

The Challenges of IT Within a Regulated Environment

A Headset For Weightloss – The Giant Health Event 17 –...

Moving into Services: Where to Start