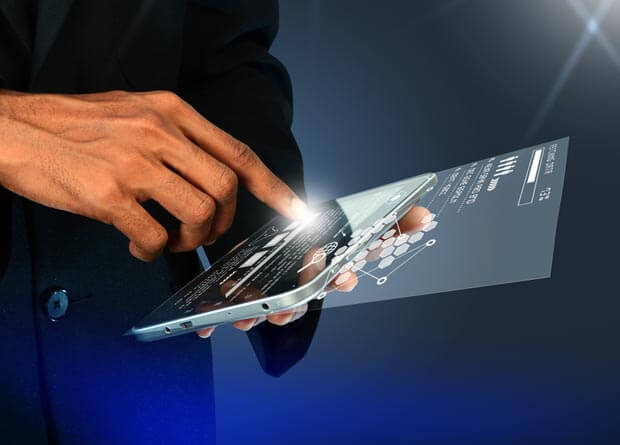 With adoption rates on the rise the virtual desktop arena is entering a new dawn of its existence. With the aid of the mobility movement businesses are turning to this once spurned technology as a means to have better control over their documents, apps, and programs virtually, from any device, anytime, anywhere all with the aid of the Cloud.

The move towards virtual desktops has been on the rise for a number of years. Fuelled by the mobile workforce this once pooh-poohed tech has entered into the Cloud sphere and boy has the market been growing. According to recent figures the desktop virtualisation market is valued at $1.6 billion (bn) and is expected to reach $14bn by the year 2019 at a compound annual growth rate of 63.7%, and according to analyst Gartner, it predicts an 8 to 10% market penetration by next year; that’s some big numbers!

So what exactly is a virtual desktop – also referred to as a hosted virtual desktop or Desktop-as-a-Service (DaaS)? Well it is basically a desktop hosted by someone else. In other words a provider lifts your current desktop off the physical PC or laptop and makes it virtual and hosts it for you by housing your information in one of their data centres and not on your device.

Whatever that device may be, be it an iMac or iPad or even the same PC you used before, it doesn’t matter as long as it has an internet connection you’ll have a desktop, meaning you can work from anyway at anytime or any device. So a virtual desktop is basically a single, integrated solution that allows end users to get access to all of their applications regardless of type, all of their data regardless of where it came from and their desktop is accessible from any device on any network, anywhere in the world. A perfect solution for company’s looking to deal with the conundrum of today’s mobile workforce, so no wonder the industry is growing!

In fact a number of Cloud-based desktop virtualisation platforms have popped up over the past few years, all of which purport to contain the magical formula that strikes the proper balance between operational efficiency and broad user flexibility. Be warned though, it simply isn’t a case that all providers supply the exactly same form of virtual desktops, it all depends on the technology they have chosen.

A very common method to follow is to use Microsoft Terminal Services – Citrix also provide very popular methods – and connect to the desktop via a RDP (Remote Desktop Protocol) on the client devices – be this PC, Laptop, thin client etc. So, as a business you have a server environment in a data centre that has enough power to host multiple Windows desktops, then you have client devices in your office that have nothing on them but are connected to the Internet.

The user then accesses the Internet to connect to the server and login to their desktop. The user can now work as normal but instead of using a PC to run the applications be that Word, Excel etc, they are being run by the server in the data centre and just sending screen images and mouse-clicks/keyboard presses back and forth.

So why chose DaaS? Well I could bang on all day about the overall benefits of incorporating a virtual desktop into your working world but I shall spare you the snoresville version and simply say, that security and disaster recovery are two very good reasons to look at DaaS, especially as BYOD and streamlined, automated systems management inform the decision to move to a virtual working world. Add to that business-continuity capabilities, lower operating and hardware costs, fast deployments, better support and reliability, and potential lower set up costs as well as monthly bills, which is beneficial to small businesses who won’t have to lay out vast sums of money, with the added bonus of instant IT support.

A number of Cloud-based desktop virtualisation platforms have popped up over the past few years, all of which purport to contain the magical formula that strikes the proper balance between operational efficiency and broad user flexibility.

But before you start chatting with a provider, I would advise that you take a serious look at the cons of DaaS. The biggest hurdle with DaaS is licensing. Microsoft makes it almost impossible to license desktops for the Cloud, it is not adverse to desktop Cloud, but does use its lead position to shape and control the market. If your company already has volume licensing with providers like Microsoft, you’re less than likely to get a chance to use it for your desktops.

Other downsides of DaaS include lack connectivity issues, reliability and concerns about leaving security in the hands of the provider. Your business also needs enough bandwidth to run a remote, hosted desktop. And custom applications, especially ones that need client/server access, can make DaaS adoption even more difficult.

Overall though, despite the cons of DaaS for me if you integrate the high-value line of business apps and data needed to run a business, DaaS is a solution with strategic value.
In part two of the series Bree will look at some of the big boys and smaller players in the market.

The gathering momentum of hybrid cloud

Cloud acronyms are a pain in the AaaS

Billing is the Edge in a Subscriptions World