Compare the Cloud
Home Opinions Could Amazon’s stranglehold be under threat? 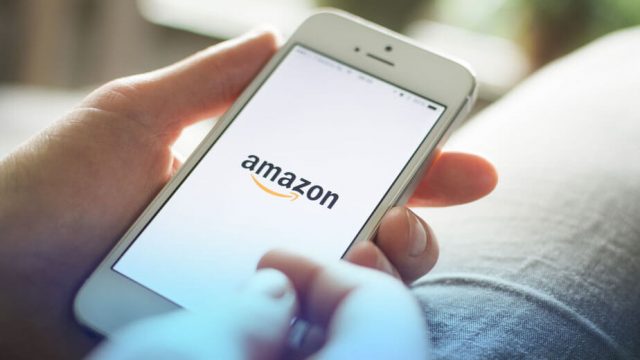 With infrastructure-based monolith AWS representing a whopping 83% of the cloud market, which is about as close to total domination as you’re likely to get, can it’s closest rivals actually have a decent look in?

There’s nothing like a David and Goliath scenario to really set tongues wagging amongst us cloudy commentators. Like a baying crowd akin to scenes from Gladiator, we jostle to get the prime position to see who will come out best against the beast that is Amazon Web Services (AWS).

For the past eight years the pioneering infrastructure-based monolith that is AWS has dominated the cloud industry, swatting away it’s closet rivals with ease. But, and it’s a big but, could the cloud powerhouse’s iron grip on the sector be about to loosen? Well, if reports from the likes of analyst Gartner and Synergy Research Group are accurate AWS’ cloud revenue in Q2 this year dipped to 38% from 60% in the prior quarter.

Add to this a small robust band of deep-pocketed providers snapping at Amazon’s heels and starting to make some gains: Google – is emerging as one of the biggest threats to AWS yet, Microsoft – in July its CEO Satya Nadella said its cloud business was on track to bring in US $4.4 billion (bn) in revenue. This would put it a few hundred million dollars behind AWS (the size of which Amazon doesn’t disclose, but which has been estimated to account for about US $5bn a year), IBM – said to be on a US $7bn run rate this year, plus a growing number of startups such as Digital Ocean, Joyent and Contegix. It’s easy to understand why, with the pressure mounting, Amazon has entered a price war with its closest competitors. Nervous Amazon?

At the moment then AWS remains the undisputed leader of the cloud services industry, with Google believed to be one with the best potential to offer real competition given its existing scale and based on the features and reliability of its cloud offerings.

In fact, the increased competition has given Amazon the impetus for a series of ‘race to the bottom’ price cuts, the main factor behind Amazon’s slower revenue growth last quarter according to its CFO Tom Szkutak.

Back in March AWS made cuts across the board. On average, the cost of its S3 storage services was reduced 51%. Prices for EC2 compute services dropped around 38%. RDS, the AWS relational database services, had on average a drop of 28% and Elastic Map Reduce was 27% to 61% cheaper, depending on the service. What’s interesting is that these reductions were announced a day after Google unveiled price cuts ranging from 32% to 85% on various of its Compute Engine IaaS offerings. So this leaves the two companies’ services more or less at parity with each other in terms of cost, if not performance.

“AWS still offers far more features in each product and far more products,” one CIO friend of mine, who didn’t wish to be named, said to me: “Sure you can migrate if you don’t need any of Amazon’s features, but why would you? Price isn’t the driving factor as they are all too similar and in huge competition on that front. The only choice is down to reliability and product selection, you might not use the products now, but what about a few years down the line? So surely it is better to be in the most feature laden walled garden. The grass isn’t always greener!”

Gartner’s Research VP Lydia Leong, commenting on her firm’s findings, said: “With Microsoft and Google apparently now serious about this market, AWS finally has credible competitors. Having aggressive, innovative rivals are helping to push this market forward even faster, to the detriment of most other providers in the market, as well as the IT vendors selling do-it-yourself on-premises private cloud. AWS is likely to continue to dominate this market for years, but the market direction is no longer as thoroughly in its control.”

At the moment then AWS remains the undisputed leader of the cloud services industry, with Google believed to be the one with the best potential to offer real competition given its existing scale and based on the features and reliability of its cloud offerings.

And while the chasing pack have shown growth in the cloud infrastructure services space, they recognise the threats that still loom in the distance, however, they don’t seem to be faltering or wavering in the shadow of the overwhelming influence and resources that Amazon has thrown at the cloud in their effort to stomp out anyone who might try to stand up and challenge their increasingly frightening reach of dominance.

So for this year Amazon reigns supreme, despite the odd knock, but as the Internet penetrates every part of our lives, even down to the everyday object like the refrigerator that will someday soon be ‘smart’ and connected – networking giant Cisco predicts a world where 50 billion devices could be connected to the internet by 2020 – humanity is only going to need more cloud. Indeed, Forrester Research projected the global public cloud market would rise to US $191bn by 2020, up from US $58bn in 2013. So if you take all that into consideration then there is plenty of cloud market pie to go around for the suppliers.

Multi-Cloud Does Not Equal Multiple Responsibility

Head in the clouds