Compare the Cloud
Home News IT still not ready for IoT 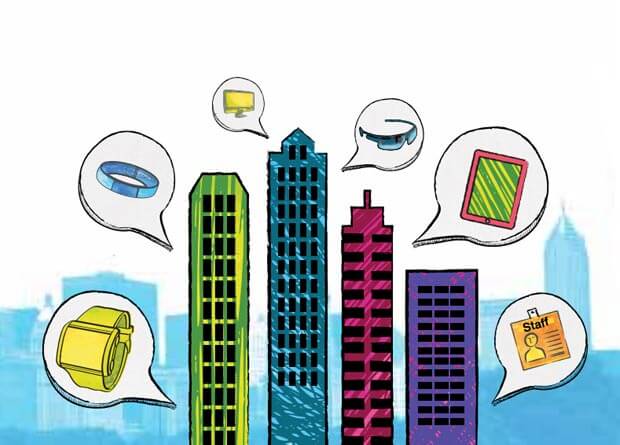 IT departments across EMEA are still not ready for the Internet of Things, finds ISACA survey. Increased security threats and data privacy issues considered the biggest challenges around connected devices.

New research from global IT association ISACA found that few European IT departments or workplaces are ready for the invasion of wearable technology and other connected devices.

According to 2014 IT Risk/Reward Barometer—a 110-country survey of ISACA members who are business and IT professionals—43% of respondents in Europe, the Middle East and Africa (EMEA) say their organisation has plans in place to leverage the Internet of Things or expects to create plans in the next 12 months. However, the majority is not ready for wearable technology in the workplace.

More than half (57%) say their bring your own device (BYOD) policy does not address wearables and a further 24% do not even have a BYOD policy in place. This is a concern, as approximately 8 in 10 respondents (81%) say BYOW (bring your own wearables) is as risky as—or riskier than—BYOD.

Overall, half of ISACA members across EMEA believe the benefit of the Internet of Things outweighs the risk for individuals (50%), while nearly a third believe the risk outweighs the benefit for enterprises (31%). Yet despite the risks, nearly a third (30%) say the Internet of Things has given their business greater access to information and a quarter (25%) say it has improved services in their organisation. Approximately four in 10 hope to benefit from improved services (40%), increased customer satisfaction (39%), and greater efficiency (38%) as a result of connected devices.

Despite the benefits of connected devices, more than half (51%) of respondents believe the biggest challenge regarding the Internet of Things is increased security threats, while a quarter (26%) are concerned about data privacy issues. Two-thirds (68%) admit they are very concerned about the decreasing level of personal privacy. More than a quarter of respondents say the general public’s biggest concerns about connected devices should be that they don’t know how the information collected on the devices will be used (28%) or they don’t know who has access to the information collected (26%).

“The Internet of Things is here to stay, and following the holidays, we are likely to see a surge in wearable devices in the workplace,” said Ramsés Gallego, international vice president of ISACA and security strategist and evangelist with Dell Software. “These devices can deliver great value, but they can also bring great risk. ISACA’s research found that more than a third (35%) of EMEA ISACA members believe Big Data has the potential to add significant value, yet one-fifth (21%) admit their organisation lacks the analytics capabilities or skills to deal with it.

Companies are seeing the benefits of these technologies but also the challenges that represent for the Privacy, Assurance, Risk Management and Cybersecurity dimensions, With these new technologies and tools at the forefront of business innovation, companies must begin an embrace and educate and adapt and adopt approach with connected devices and Big Data.

ISACA recently established the Cybersecurity Nexus (CSX) as a resource that enterprises and security professionals can turn to for security guidance. Additional information can be found at www.isaca.org/cyber.

ISACA’s IT Risk/Reward Barometer examines attitudes and behaviours related to the risks and rewards of key technology trends, including the Internet of Things, Big Data and BYOD. The 2014 Barometer consists of two components: a survey of 1,646 ISACA members who are IT and business professionals around the world, including 603 across EMEA, and a survey of more than 4,000 consumers in four countries, including 1,001 in the UK.
For a full survey report, including related infographics, video and global results, visit: www.isaca.org/risk-reward-barometer

Extolling the virtues and value of Cloud Computing to businesses.
Contact us: [email protected]arethecloud.net

Why the UK needs its own privacy-focused search engine

What’s in a name? The coming rise of gTLDs.

10 challenges for the Cloud ISV CTO to overcome

PTC and Hewlett Packard Enterprise to Collaborate on Internet of Things...