Compare the Cloud
Home #CloudInfluence Hybrid is the word! 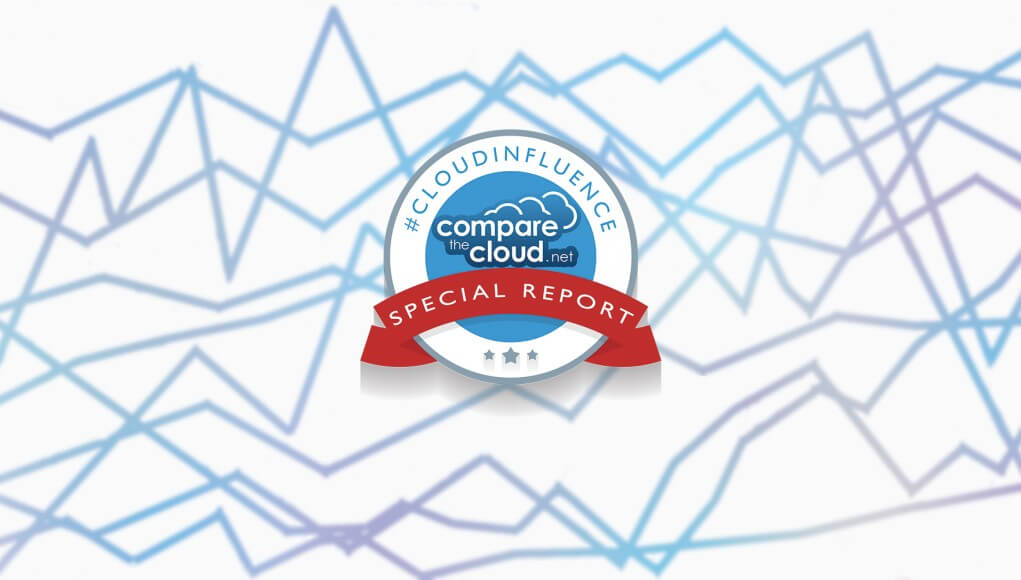 Whereas we were once reliably informed by a Mr Travolta and the BeeGees that “Grease is the word” – apparently it had groove and a meaning and was the time, the place and the motion as well as the way we are feeling; today however “hybrid” is definitely the word, and it is the direction that most clients are taking in terms of cloud adoption.

We therefore chose to do a special report on who it is that is currently spreading “the word”. As with all of the Compare the Cloud #CloudInfluence league tables, we used a sophisticated big data analysis of the most significant global news, blogs, forums, and social media interactions (English language only). This provides a snapshot taken at a particular point of time of the respective influence of both organisations and individuals in relation to hybrid cloud. Companies or individuals that were particularly active in the assessed period will feature more prominently as we see here in the top of the rankings with companies that made a big splash with recent hybrid related announcements.

Favourable timing helped Shaw Communications hit the top spot, with its influence peaking just before we conducted our analysis following its announcement of the creation of a new, state-of-the-art data centre in Calgary. Here it aims to offer business customers a variety of hybrid solutions, including cloud, colocation, managed services or any combination in between.

Also benefiting from the timing of a recent announcement was OneNeck IT Solutions,a provider of hybrid IT solutions, which is opening its newest data centre in Denver Metro Area, with its ReliaCloud pod placed in this facility.

In 4th is our first big player. Ahead of its split in November, Hewlett Packard is setting out its cloud strategy, saying that it wants to create a new type of hybrid infrastructure that optimises for performance and cost by helping its customers build clouds that scale and work with their current and future infrastructure.

Then came mega-scale cloud player Google which in a major move is joining OpenStack as a manoeuvre in its massive cloud war offensive against AWS and Azure. Google thinks that both hybrid cloud and containers are going to be important to businesses globally, and by hooking up with the OpenStack Foundation, it can show off its container technologies to the array of enterprise developers looking to improve the relationship between public and private clouds.

Next up is VeriStor Systems, an advanced IT solutions provider specializing in virtual infrastructure and enterprise private, public and hybrid cloud services and solutions. VeriStor is expanding its Security Solutions and Services Practice to protect the entire enterprise landscape from endpoint to datacenter to cloud.

Intel have been banging the drum for integrity and confidentiality assurance. It believes that it is becoming a critical requirement in private, public, and hybrid cloud infrastructures, and that cloud service providers must offer trusted clouds to their customers to provide them with the confidence to move sensitive workloads into the cloud. Even if organisations have confidence in the systems deployed in their data centres, in hybrid cloud environments, on premise systems may be instantly and automatically supplemented by capacity from a public provider.

We are familiar with the next organisation in the rankings, having participated with them in a recent Twitter chat on the very topic of hybrid cloud (see  https://www.crowdchat.net/PureAppChat). Boosted by this Twitter chat and all its other activity on hybrid is IBM Pure Application Systems. At the same time IBM has announced a container service for Bluemix. The service, IBM says, is intended to help developers deliver applications across hybrid cloud environments.

Adaptive Computing, a firm that claims to power many of the world’s largest private/hybrid cloud and technical computing environments with its Moab optimisation and scheduling software, has announced that SURFsara, a national Tier1 data centre in the Netherlands that provides high performance computing and data infrastructure to industry and the academic community, has deployed Moab HPC Suite.

Finally Microsoft has also been banging the drum for hybrid – one of the major announcements at Microsoft Worldwide Partner Conference was the introduction of Microsoft Azure Certified for Hybrid Cloud—a new program designed to support service providers who run the Microsoft platforms in their data centres and who want to deploy a Microsoft Cloud solution in their own data centre, or build an Azure-enabled hybrid cloud solution, and monetise their investments. On the back of this Cisco was to announce that it is the first data centre infrastructure vendor to participate in the program. Back in March, Cisco and Microsoft announced a jointly engineered solution for service providers designed to dramatically improve the time to market with hybrid cloud services.

How enterprises can champion agility and adaptability in today’s shifting business...

Test and adapt quickly: how Expedia develops for the cloud

Do you have the right formula for cloud survival? Consolidation and...