In part one we looked at the buzz surrounding bitcoin and other cryptocurrencies, including why they are about so much more than just cybercrime. In part two we are discussing what is drawing businesses to new blockchain-based cryptocurrencies

As Ben Broadbent (in 5th), the Bank of England’s Deputy Governor, recently explained: “The main point here is that the important innovation in bitcoin isn’t the alternative unit of account – it seems very unlikely that, to any significant extent, we’ll ever be paying for things in bitcoins, rather than pounds, dollars or euros – but its settlement technology, the so-called ‘distributed ledger’.” The potential for distributed ledger technology to make retail payments more efficient and the financial system as a whole more resilient, is behind the bank’s focus on RSCoin.

[easy-tweet tweet=”Where #bitcoin is unregulated and slow, RSCoin would be regulated and need to be much faster, says @BillMew”]

RSCoin would be a closed, “permissioned” blockchain offering the advantages of digital currencies – fast and cheap transactions permanently recorded in a shared distributed ledger – without the troublesome openness of the Bitcoin network where anyone can be an anonymous node on the network. Instead of anonymous miners, only the central bank and vetted financial operators would be allowed to validate RSCoin transactions. 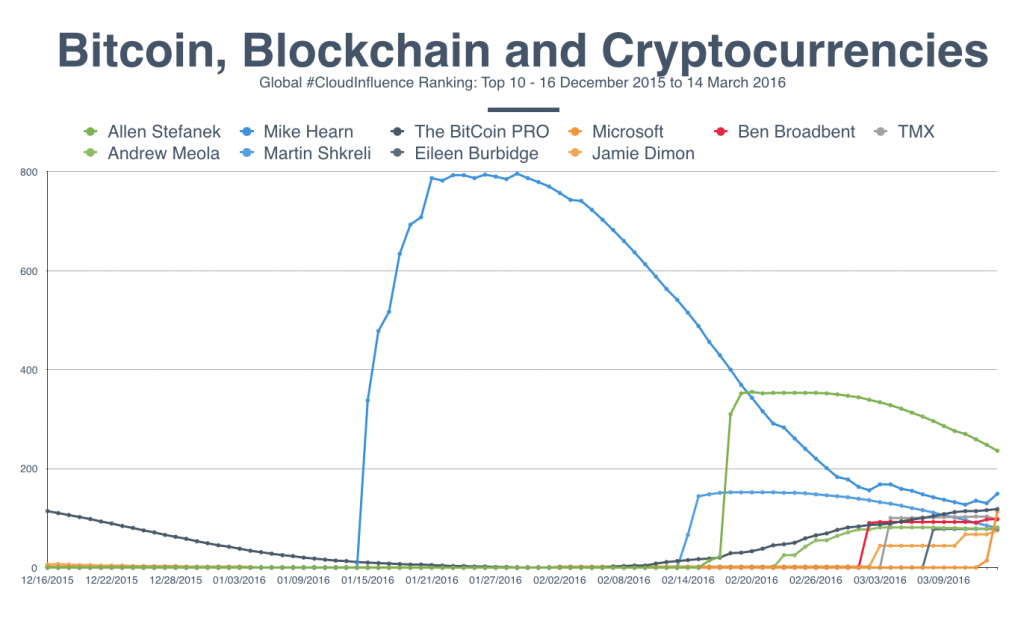 And where bitcoin is unregulated and slow, RSCoin would be regulated and would need to be much faster. It takes quite some time for individual Bitcoin transactions to be confirmed as having consensus approval: around 10 minutes on average. Newer algorithms such as Ethereum are faster, processing transactions in 17 seconds. Central banks will need to improve dramatically on this.

And other players are piling in too. The Toronto Stock Exchange (its parent TMX Group is in 6th) has hired a Bitcoin entrepreneur as its first chief digital officer as it explores the capabilities of blockchain, the technology behind the virtual currency.

JP Morgan Chase is conducting blockchain tests that could result in ‘live’ applications later this year. Its CEO Jamie Dimon (in 10th) believes the first application of blockchain, bitcoin, is doomed because the Department of Justice will never allow a competing currency to exist in the long haul. He believes in blockchain though.

Indeed there are many other blockchain initiatives – most are primarily composed of banks and exchanges – but one, the ‘Open Ledger Project’ which is overseen by the not-for-profit Linux Foundation, is driven by technology heavyweights including IBM, Intel and Cisco (Ginni Rometty, IBM’s CEO, came 25th in our ranking). 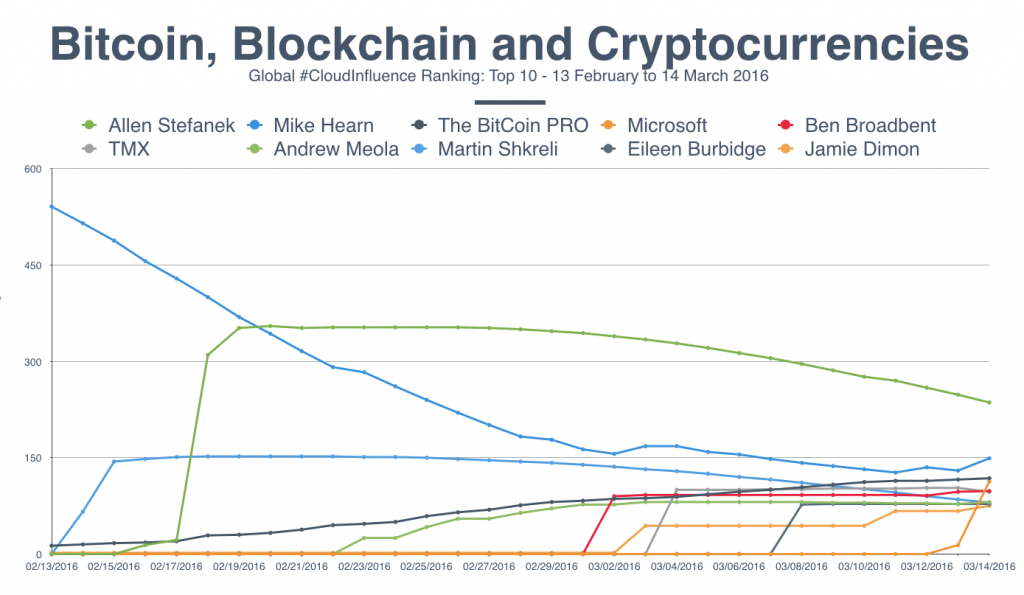 So why all the fuss?

Blockchain has the potential to reduce overhead costs by eliminating middlemen. Currently you need central authority or an impartial mediator to prove ownership or authorship of information when trading directly with any counterparty. Blockchain guarantees authenticity across institutional boundaries, providing new ways to check authenticity of records, content, and transactions. A shared ledger technology would not only bring a new level of efficiency to the labyrinthine global payments market, but it would also provide a platform for secure, transparent, transactions that could eliminate the corruption, bribery, theft, and tax evasion that blights developing nations.

Blockchain has the potential to change everything!

Explaining Big Data to the Mother-in-law

Adaptive and value-focussed – the future of technology in healthcare

Adapting your data protection measures for the cloud