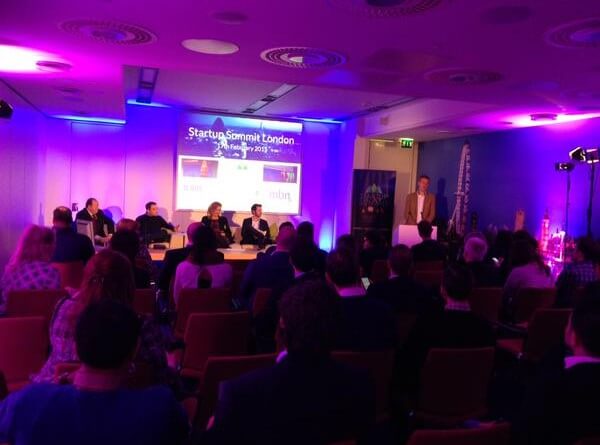 I had the pleasure of attending We Are The Future‘s (@WATF_) inaugural London Start Up Summit on February 17, 2015, where eight start ups were pitching for the chance to win a six day trip to Silicon Valley.

I was hesitant about attending this event; dedicating my entire afternoon to a relatively unknown entity seemed like a large commitment in a very busy week. However, I could not be happier that I leapt into the void. If you have hesitated at attending a start up event in the past I am here to tell you to stop being such an idiot. Ingenuity is hard sought after in the present day and age and if you are missing these events you are missing opportunities to capitalise on the future.

My attendance developed from a twitter conversation with an incredible young Scottish entrepreneur. It is not often I come across someone in this industry younger, and more driven than I am. Bruce Walker at WATF is just that. His visionary not-for-profit is giving UK start ups opportunities that otherwise would be completely out of reach.

Now, I’m not just talking about the trip to Silicon Valley that the start ups were competing for – the networking possibilities that the startups are exposed to at this event are invaluable. Joining Bruce in judging the pitches were the Emblem Group’s CEO Michael Buckmaster-Brown, MBN Solutions CEO Michael Young, and Julie Baker, the Head of Enterprise for RBS/Natwest Banking.

On top of the benefits for the start ups who were pitching, I want to stress the benefits for yourselves at attending such an event. WATF brought to my attention multiple startups that CTC otherwise may never have encountered.

The winners of the trip to Silicon Valley from the London SUS were Karisma Kids, an app that develops emotional intelligence in children aged 3-9, and Silicon MilkRoundAbout, a tech start up jobs fair.

Among the other pitchers were incredibly exciting businesses such as Vidzy which produces crowd sourced digital marketing content through platforms such as Vine; and my personal favourite of the day, Aire which produces ‘credit scores for humanity’. As an Australian who moved overseas, having to struggle with starting a life again with a credit score of zero as a British citizen, a service like Aire would have been, and still could be, life changing for me.

Concluding my recommendation for you to change your mindset on attending start up events, all I can offer you is these two points. Firstly, it is nice to be out of the office, and secondly, you never know who you will meet, maybe it will be a company worth investing in, maybe it will be your new best friend. The worst case scenario is that you get to speak with a group of exciting entrepreneurs who have an invigorating desire for success, and I see nothing wrong with that at all.

The future of hybrid cloud

Why WordPress and what it can do

Fashion from the Neural System – The Giant Health Event 17...

What’s in a name? The coming rise of gTLDs.