Compare the Cloud
Home News Video meetings on the rise 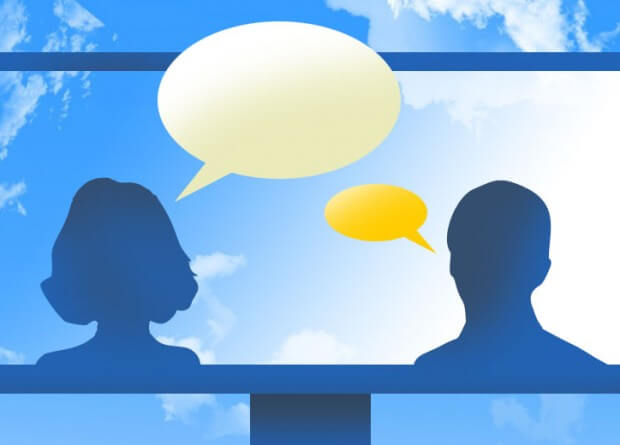 As cloud services are redefining the way we work together our reliance on these services is revealing a change in attitudes. 71% of workers favour video over audio conferencing, with younger generation leading the way.

A YouGov survey conducted on behalf of RingCentral UK Ltd., a subsidiary of RingCentral, Inc., has found that face-to-face meetings are becoming less viable for businesses, as workforces become dispersed over multiple locations and more companies conduct business overseas.

A third (33%) admitted that conference calls were more viable for the business, enabling them to make connections abroad that might otherwise have been too costly or economically unfeasible. A downside to audio conferencing is that participants may not always be fully engaged. In fact, a fifth (19%) of us have admitted to conducting a conference call in our pyjamas or from an unusual location, such as the bathroom or outdoors.

When it comes to conference calls, the majority of businesses (71%) prefer video over audio conferencing as it’s more engaging, inclusive and interactive. Despite this, the research, conducted by YouGov and commissioned by RingCentral – a cloud business communications company – found that many companies still conduct business in the traditional way, with just under half (46%) of companies saying that face-to-face meetings still make the most sense for their business.

Over a third (35%) of businesses admitted that poor image quality and sound have put them off using video conferencing in the past, while over a quarter (28%) blamed the complexity of setting up the technology for putting them off using it.

“Many companies still prefer traditional face-to-face meetings as they are considered more personable and engaging than audio conference calls, but travelling to and from meetings is costly and time-consuming. Businesses are already beginning to see that video conferencing is the answer to bridge this gap,” said Lars Nordhild Rønning, General Manager, EMEA, at RingCentral UK.

The research found that it is the younger generations of workers who are leading the adoption of video conferencing. Over a quarter (27%) of respondents aged 18-34 say they use video conferencing for business at least once a week, compared to just 13% of those aged over 45.

“The benefits of HD video conferencing shouldn’t be underestimated. Research that RingCentral commissioned last year found that allowing employees to work flexibly is important for employee productivity levels. With video conferencing, businesses have the ability to remain personable and engaging with staff and clients,” said Nordhild Rønning.

Avoid Making These Top 5 Cloud Computing Mistakes That Can Seriously...

Executive Education Episode 2: The 4th Industrial Revolution and how it...