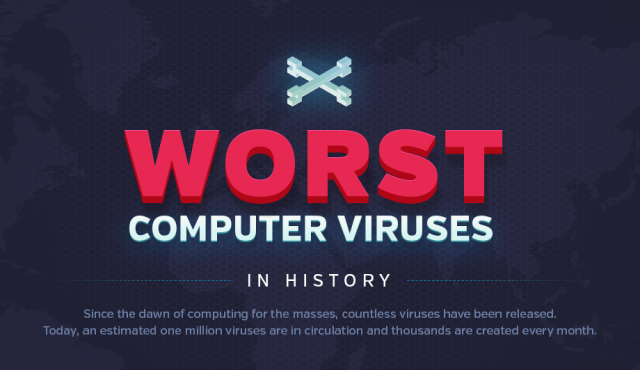 Antivirus and mobile security firm, BullGuard, has produced an infographic that highlights the major viruses of the past three decades and just how vulnerable the internet can be to these destructive strings of code.

Viruses can be an irritating menace or they can be devastatingly destructive. It’s hard to believe today that when computing for the masses took off in the 1980s the concept of a computer virus was something generally scoffed at and dismissed as outlandish.

Today, we know different; their potential for harm has mirrored their increasing spread. From Slammer, which caused an estimated $10 billion worth of damage, to Conficker, which caused chaos and panic and infected about 15 million computers, they now spread from one corner of the world to another at the speed of light.

What are the Main Concerns for CISOs Today?

Being Pushed Closer to the Edge

What Can Blockchain Do For Data Storage?

Is the phone in decline?

#TheCloudShow – S2E6 – Cloud and the Law

Post-Brexit: What does this mean for UK companies storing data in...