Compare the Cloud
Home Articles The cloud hanging over the continent 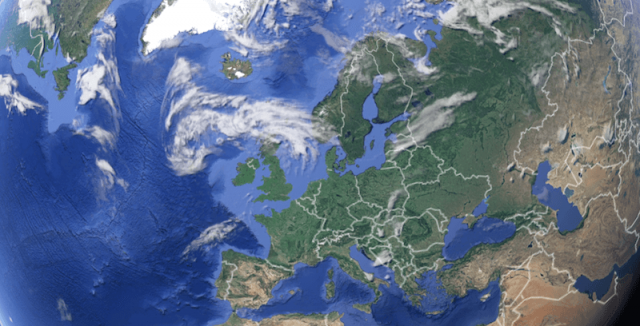 I’ve been thinking recently about customers and customisation. Earlier this month, I was at the Salesforce World Tour in Munich, which I thought looked busier than I’d ever seen it – a sentiment shared by many I talked to – and I wondered why that was.

The Cloud Industry Forum’s latest research shows that 84% of UK businesses were using at least one cloud-based service as of early 2015, with nearly four in five of those adopting two or more and over half expecting to move their entire IT estate into the cloud at some point. Germany has alway lagged behind the UK in cloud adoption, though, in large part due to privacy issues, which to be fair are still a major point of contention for most end-users in the UK. The NSA’s surveillance of Angela Merkel won’t have helped, though. Still, if attendance figures are any indicator, not to mention the approval that greeted Salesforce’s announcement that it will open its own data centre in the country, I think things are about to heat up – at least with respect to the professional services industry.

“The NSA’s surveillance of Angela Merkel won’t have helped…”

The DACH professional services market Europe’s largest and most mature: margins have become more important than ever.

Public, private and hybrid cloud models of IT services delivery have matured greatly in recent years; it’s no longer seen as a risky investment.

[easy-tweet tweet=”The cloud has come of age, and best-of-breed solutions are truly available for the first time for businesses of all stripes.”]

The most popular operating software (Windows Server 2003) has just reached the end-of-support stage in its lifecycle: new infrastructure investments must be made soon…

SAP has made quite the hash of SAP Business By Design, its main cloud-based PSA offering for the mid-size market, and lost a lot of goodwill. Accordingly, opportunities abound for alternatives.

[easy-tweet tweet=”The UK has seen the cloud adoption rate grow by 75% since 2010, are we about to see similar growth from Europe’s economic powerhouse?”]

For example, I used to be emailed a timesheet for approval, emailed back said approval, then opened the timesheet recording system to formally enter that approval (when I found time and if I remembered), then emailed the finance team to let them know (when I found time and if I remembered), etc., etc. And that’s assuming there were no queries to resolve, chasing of deadlines or any other ‘real life’ to deal with. Today, I can use Kimble to approve directly from the original email, and all relevant systems are updated and people automatically informed – even if I do it from my mobile phone. A medium-sized business benefitting from a more modern way of working together!

It’s like moulding what you need from the clay, rather than building with the limitations of pre-fabricated Lego bricks.

That’s pretty cool, but just the tip of the iceberg, because the common Force.com platform means a shared underlying architecture, and that means applications from different suppliers will sync up nicely: in other words, you can now build your very own IT software infrastructure to exactly your own size and specifications and update it as and when you need. It’s like moulding what you need from the clay, rather than building with the limitations of pre-fabricated Lego bricks.

The cloud has come of age, and best-of-breed solutions are truly available for the first time for businesses of all stripes.

Customisation for every customer. So the question that’s really interesting me right now is, if the UK has seen the cloud adoption rate grow by 75% since 2010, are we about to see similar – or even faster – growth from Europe’s economic powerhouse?

Black holes and the future of data management

5 Facts: Are Apple Planning Their Own Phone Network?