Compare the Cloud
Home Articles The Future Car Industry: Driving in the Clouds 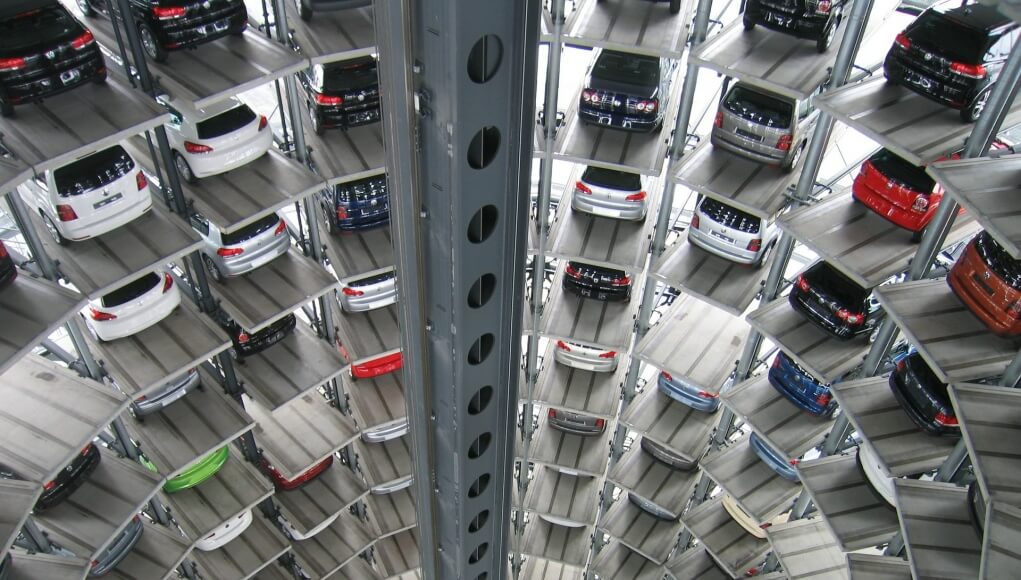 Futurists have long been predicting that the cars of the 21st century would eventually leave paved roads and take to the air. That has not yet happened, nor is it likely to become a reality anytime soon.

[easy-tweet tweet=”The future of the car industry could have us driving in the clouds.” user=”comparethecloud” hashtags=”cartech, cloud”]

Before explaining how the cloud paradigm and the car industry will work together, it is important to first understand why the dreams of futurists are nowhere near to being realised. First and foremost, the cars themselves just do not exist. No one has been able to overcome the fundamental law of gravity in a package small enough to function as a safe family car. Until that technology exists, air-based car transport will never happen.

A second hurdle that needs to be overcome, and one that is closer than ever to being conquered, is the absence of clearly defined ‘lanes’ in the air to control traffic flow. Advanced GPS and complicated computer algorithms are close to solving this problem. And this leads us to the real future of the car industry. As we seek to make the dreams of futurists a reality, we are also providing a way to connect modern ground-based cars to the cloud for greater safety and efficiency.

“Demand for tech equipped cars has always been high. The current must have tech is the integrated nav and rear view camera, or any sort of digital connectivity such as Ford Sync. Cars equipped with either gadgets are sold very quickly. Low MPG’s is another common customer request” Paul Beadling – Internet Sales Manager at www.jenningsforddirect.co.uk “Demand is what drives innovation so by studying what is popular now we can predict what will come next.”

Cars in the Cloud

The cloud paradigm was originally developed as a means of improving network speed and efficiency. By hosting applications and data in the cloud, for example, large companies can now eliminate the need for much of their computer infrastructure and, with it, the problems inherent in building and maintaining individual networks. The cloud saves money, increases productivity, and reduces the need for expensive hardware, apps, and storage. Nevertheless, can the cloud be utilised effectively by the car industry? Absolutely.

A case in point is Ford’s new Adaptive Cruise Control technology. As with standard cruise control, it enables the driver to save fuel by allowing onboard computers to maintain speed. The difference is that Adaptive Cruise Control can adjust itself based on other traffic. If the computer’s sensors detect slower traffic ahead, software will automatically reduce speed in order to maintain a safe distance. Once the traffic is cleared, the driver-set speed is resumed.

[easy-tweet tweet=”Cloud technology can lead us to the eventual goal of creating a network of driverless cars. ” user=”comparethecloud” hashtags=”futuretech”]

Let us apply this technology to the eventual goal of creating a network of driverless cars. In this sense, Adaptive Cruise Control is just the start. When each car on the road has the same capability and transmits onboard data to the cloud, a complex software system will be able to account for all vehicle traffic in a given area for the purposes of controlling speed and distance between vehicles.

The future of the car industry is based more on fuel efficiency, safety, and security rather than finding a way to make cars fly. The cloud is of vital importance to these goals. Consider the following possibilities:

Fuel Efficiency – Cloud-based software can be combined with GPS data to figure out the fastest and most fuel-efficient routes based on traffic, weather conditions, and other environmental factors. At the same time, cloud-based software will eventually be able to all but eliminate traffic congestion in major metropolitan areas.

Safety – Perhaps nothing is more important than safety for combining the cloud with automotive technology. Everything from Adaptive Cruise Control to lane assist and road sign recognition helps to eliminate the mistakes humans make in order to create a safer road system. Connecting all of this technology with every car on the road will only be accomplished in the cloud.

Security – Lastly, the cloud will play an important role in security by giving drivers real-time access to emergency services. People will be safer, their cars will be less likely to be used to commit crimes, and emergency services will be better utilised to respond to both criminal complaints and accidents.

The future of the car industry is indeed in the clouds, just not in the way most of us have been long dreaming about.

Ways to Improve the Security of Your Smart Home

Maintaining control in a multi-cloud ecosystem

The biggest computer on Earth

How Edge-AI will inform the smart environment of the future