Compare the Cloud
Home Articles The Cloud as a Teenager 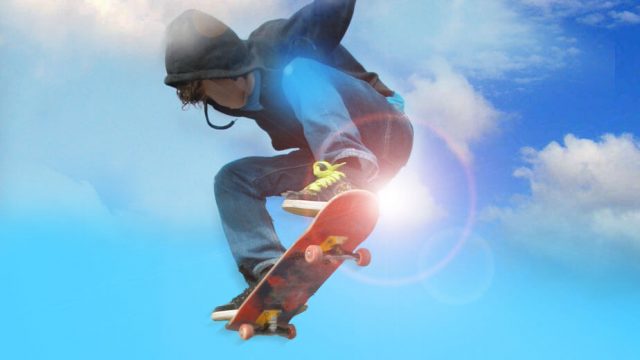 Earlier this year, at Compare the Cloud’s inaugural Cloud Rainmakers event, Steve Pearce of Arrow said of the cloud, “the teenager is growing up.”

While this comparison is an apt reflection of maturity there is more to it than this. Representing the cloud marketplace as a teenager also helps explain the growth in opportunity – for a number of differing reasons. The growth in the cloud mirrors a cultural shift in teenage spending, one that has come to define modern retailing and anticipate our high-tech economy.

If you go back 30 years, the teenage market was just beginning to show some of its financial potential; first in video games and entertainment then outward. Kids who grew up in the 1970s and 1980s, the so-called Generation X, had more to spend than their parents did at the same age. Next up we had the Millennials who continued the trend. In 2001 the combined young market had an aggregate buying power of $1 trillion. Even with the underperformance of the global markets in the wake of casino banking this leverage has continued to develop and be significant.

Businesses from McDonalds to Starbucks, even Apple, would benefit from their new demographic spending power; but realising the gains these businesses had to refine their approach. Where retailers and household brands typically sold to a mature, adult market, jockeying for share at the expense competitors, now they had to create new categories, market on niche appeal and accept complimentary loyalty.

Teen and adult relationships are often marked by balanced inconsistency – “frenemies” and competitive cooperation – so too is the technology market. Increasing revenues with that rising demographic demanded that businesses understand the conditions of sale. Teens, as they often do, renegotiated the terms. Positioning, fit and purpose wouldn’t sell products on a purely either/or basis. This departure resonates especially with those born-in-cloud businesses.

The growth in the cloud mirrors a cultural shift in teenage spending, one that has come to define modern retailing and anticipate our high-tech economy.

The cloud vista invariably includes Amazon, Google, IBM and Microsoft. For the burgeoning teenage market 30 years ago we probably would have included Gap, Nike and Nintendo. Yet beneath these mighty giants there is an amazing array of start-ups and exciting businesses. We have seen the rise of Subway, Hollister and Primark. In the cloud we have Dropbox, Spotify and WhatsApp as recent examples. So like the real-world marketplace we have giants and upstarts.

New services and cloud software that bridge, sync, monitor and expand broader ecosystems are creating valuable businesses. The tech giants have since learned… well accepted… that customers, like the teens who took us there in the first place, would buy outside. AWS, a stock Microsoft Surface 3 or Apple iPad Air doesn’t do the job on its own. Getting the most from cloud services, benefiting from a data centre provision often relies on third party apps.

Like the ad in the 1990s where Madonna and Missy Elliot asked, “where’d you get them jeans?” the Gap understood that their products were part of a larger appeal. The jeans went with a lifestyle in the same manner data centre provision supports business systems. Each is a foundation of something larger; and an opportunity for revenue and renewed expansion.

From listening to music on a Walkman to the now antique iPod the young market has evolved. They embraced mobile phones and poked with Facebook. The product chronicle of this demographic segment is a history of technology and digital communications. Following these same footsteps the cloud market has enjoyed similar advancement; moving on from individual, networked PCs to a grid of inter-connected devices with data storage spread across a lattice of data centres. The age of x86 went grey with the Baby Boomers as a faster economy took hold.

According to IDC research the public cloud services were worth $47.4 billion in 2013. By 2017 the value could be as high as $107 billion. This growth is massive even if at half that projection. The giants will take a large share of this spending but they will not take it all. There is room in the market for younger attitudes, younger apps and nimble services.

In chasing teenage spending over the last 30 years retailers have had to adapt their products to make them relevant. At the same time new entrants attacked the fringes with products and services in tune with the opportunity. The teenager is growing up and so is every aspect of the market that supports this growth. This maturity will prove to be as important as the teenage market was to the last century and there lies the true lesson for us all.

Can London be the tech hub of the world?

Blockchain Security Is A People Problem