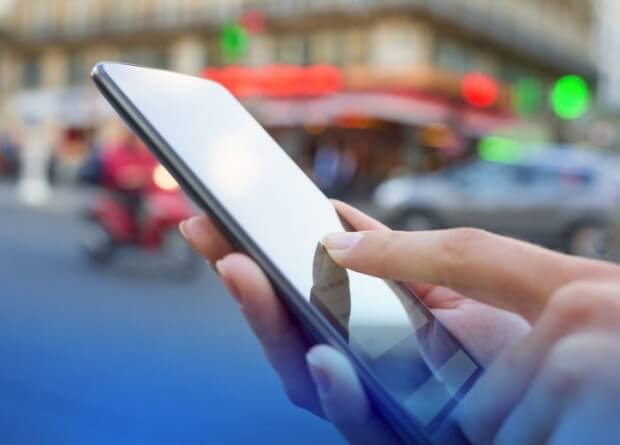 After using VoIP to stay connected between meetings in the US and in London, and having declared the old telephone is no longer as important, it seems the UK’s communications regulator Ofcom agrees and has found that the landline is in decline. With smartphones and mobile computing the next wave has surely begun as cloud services and better technology are changing the way we connect with each other.

Recent research from Ofcom in the The Communications Market 2014 has found that our attitudes are changing as a result of technology and our use of it. With broadband take-up, smartphone ownership, social media and cloud services usage all rising the UK is becoming more digitally aware and digitally driven.

In 2004, when Ofcom first began publishing the Communications Market Report, the number of households with broadband was just 16%. Today this has grown to 77%. With this improved connectivity the average UK adult now spends more time, 8 hours and 41 minutes, using media or communications than they do sleeping. 8 hours and 21 minutes is the UK average for a night’s sleep.

The population is squeezing more into each day. And they are doing it by multi-tasking on different devices – laptops, tablets and, more importantly, smartphones. According to the report total use of media and communications averaged over 11 hours every day in 2014. This is an increase of more than 2 hours since Ofcom last conducted similar research in 2010.

Ed Richards, Ofcom Chief Executive, said: “Our research shows that a ‘millennium generation’ is shaping communications habits for the future. While children and teenagers are the most digitally savvy, all age groups are benefitting from new technology. We’re now spending more time using media or communications than sleeping. The convenience and simplicity of smartphones and tablets are helping us cram more activities into our daily lives.”

As we look toward 2015 communications are set to keep on improving. We are better connected through super-fast broadband and 4G mobile has arrived. This connectivity is helping people communicate on the move, and via their smartphone.

UK smartphone take-up is almost even with laptop ownership. In the first quarter of 2014 (Q1), laptop computers were the most popular internet-enabled device and were present in 63% of households, followed very closely by smartphones at 61%. In 2013 smartphone ownership was only 51%.

While tablet use is spread evenly across generations, smartphone ownership differs greatly by age. Of those aged 16-24s 88% own a smartphone, compared to 14% among those aged 65+. Smartphone take-up has also continued to increase rapidly over the past year, up to six in 10 adults, 61%, compared to half, 51%, a year earlier. The growth in smartphone use in particular has contributed to people spending an extra 2 hours per day on media and communications since 2010.

Young adults are glued to their smartphones for 3 hours 36 minutes each day, nearly three times the 1 hour 22 minute average across all adults. This young segment is where we are seeing the start of the long decline for the landline.

According to Ofcom 64% of adults used a landline to make voice calls this year compared with 45% using smartphones. On average, we spend 29 minutes a day making voice calls. 19 minutes of those calls are via landlines. But when you look at those aged 16-25 the landline does not fare well. 94% of young adults used their mobile to make and receive calls.

Teens born at the turn of the millennium are unlikely to have ever known the ‘dial-up’ Internet. They are the first generation to benefit from broadband and digital communications while growing up. The Millenials are leading the way but the report suggests every age group is enjoying the benefits our technology enhanced communications.

For those of in the cloud marketplace our services, from VoIP to infrastructure provision and data centres, are making these changes possible. Ofcom’s report only reinforces what many us have already noticed individually.

Shifting applications to hybrid cloud: Does your database strategy keep up?

Re:scam Doesn’t Want Us to Russian to Things

Customer Engagement in the Cloud