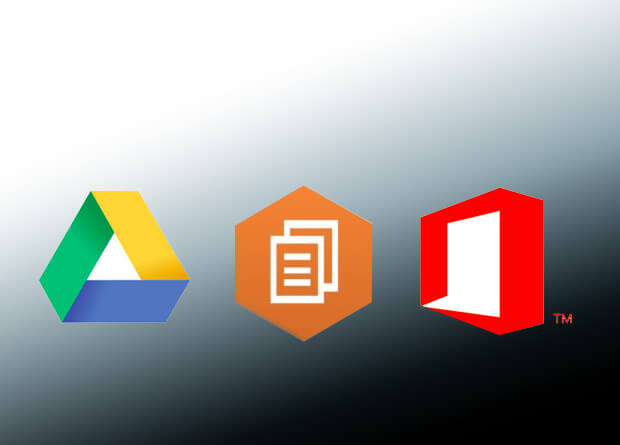 A new front in the war for cloud supremacy?
But has the battle for supremacy in the document-sharing/ office productivity space really opened up another front in the war for overall market dominance? Or is it a case of ‘offence as the best form of defence’? Microsoft’s cloud revenue is closing in fast on AWS: Nadella said this year it was on track to bring in about $4.4bn in revenue, compared with AWS’ estimated $5bn a year.

Amazon’s Zocalo announcement was greeted with enthusiasm. Certainly it represents a serious challenge to Box and Dropbox; offering a comparative service at a greatly reduced price (especially for Amazon WorkSpace customers). And there is an irony, as Ben Kepes noted in Forbes, that Amazon is competing with its own ecosystem – it has hosted the dominant cloud player in this space, Dropbox, on its S3 cloud service for years. But what does the launch mean in the wider context?
Initial skirmishes

The main pro in Zocalo’s favour seems to be the integration with Active Directory. The main con, its lack of native ability to create or edit content. This lack means it can’t really compete with Google docs or Office 365 but it offers, at least, the same as Dropbox.

It remains to be seen whether Amazon will offer a document creation tool eventually – whether something similar to Box Notes, or conjuring something out of nothing or maybe even an openoffice.org derivative. I think it is unlikely. I think Amazon’s entry into this space – although it can be interpreted as provocative – is really rather incidental.

It is equally possible to interpret the move as a move to change perceptions and challenge security objections about cloud-based document sharing and, ultimately, cloud in general.

Chipping away at a resistant potential market
Dropbox has demonstrated that there is both an appetite and a lucrative market for office productivity/ document sharing tools. But it is also obvious that one of the major constraints on this market is enterprise fears about security. Several high profile companies have announced they block Dropbox and it is these enterprise clients that Amazon seems to be addressing with Zocalo.

Dropbox utilises its own authentication; there are no trust relationships. With its integration with Active Directory, Zocalo offers the enterprise user a significant benefit – a federated authentication model. It is repositioning the cloud-based document sharing tool for an enterprise user for whom IT is making the decisions. It is attempting to capture those enterprise users whose IT departments don’t like the lack of visibility and control over information that Dropbox represents; those organisations which have blocked Dropbox and apps like it.

The ability to federate with Active Directory means that when Zocalo users wish to synchronise across devices they must be synchronising across company-controlled devices. They aren’t going to be downloading company information outside the company’s security domain.

And that’s the difference: for all Nadella’s talk of productivity it is the other three elements of Nadella’s vision that will be his battlegrounds: ‘cloud-first’, ‘mobile-first’ and ‘platform’. For Microsoft, repositioning around mobile and cloud is both belated and necessary. The Amazon launch of Zocalo seems to be more about strengthening an existing position.

Strengthening its position in the enterprise cloud space will be important as Microsoft’s game of catch up begins to make real inroads. Perhaps Amazon’s move is really a case of ‘defence as the best defence’. As Microsoft’s sales of Office 365 take off, even Apple is defending this territory. Its new iOS8 will offer users improved file management and access via the new iCloud Drive.

Is this all a case of defensive ‘me too’? Or does this focus on productivity tools represent the first skirmish in a back-up strategy? After all, a price war has to end at some point, and if you’re not on the winning team at that point it has to become all about the value-add.

Taking the Cloud Concept to the Edge

Is personal data safe on a cloud based CSP?