Compare the Cloud
Home Articles The battle for your online data 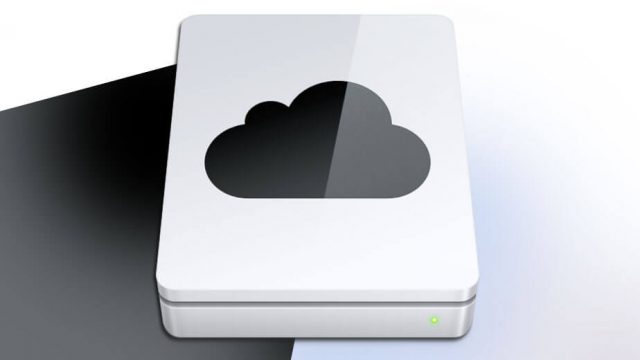 First, we had the launch of Amazon’s cloud-based office productivity suite, Zocalo. It seemed that the behemoth was taking a page out of Microsoft and Google’s office apps to play them at their own game and squeeze out Box and Dropbox into the bargain. Then, as we covered here on Compare the Cloud, Google Cloud Platform began offering two terabytes of free storage for a year through one of its partners, a startup called Panzura.

The Google/Panzura announcement also had industry commentators salivating at the prospect of Google competing with industry leader Amazon Web Services in a price war. And why not? Neither business is short of the funds to finance a battle.

But just where will all this free storage lead?
Consumers have been quick to embrace the convenience and low capital outlay of Cloud storage. The model makes total sense when you don’t have the expertise or upfront cash to invest in your own hardware or alternative offsite locations to store it in. Consumers have also driven the popularity of Google docs and forced Microsoft and Amazon to play catch up.

Business has dipped its toe in the water with varying degrees of enthusiasm, but the unwon potential is still huge. And it is the unwon business segment of the market that Google claims to be targeting with this new Panzura offer.

Chris Rimer, global head of partners at Google’s cloud platform business, said: “this is a way for customers to try something new, especially if they have had some kind of aversion to using the cloud in the past… We want to make sure that potential customers are not worried about cost as a barrier to entry.”

Consumers have driven the popularity of Google docs and forced Microsoft and Amazon to play catch up.

To accept the notion that this offer will entice new business users to the cloud, then, does one have to accept that cost is the main barrier for business users? While value may drive consumer cloud adoption, I’d argue that security and data residency are greater barriers to cloud adoption in the business sphere.

And what happens at the end of the year when the free period ends? How realistic is it to imagine business users would switch suppliers on an annual basis to secure the best deals? Is that not adding more perceived risk to the equation? Besides, the cost of frequently changing suppliers would undoubtedly negate any savings.

Similarly, Amazon’s lowest price of one cent per gigabyte per month has serious caveats since it applies only to a service for infrequently accessed data. AWS is reducing the headline rate by restricting performance and bandwidth requirements, benefitting from the relatively lower cost of high-latency storage.

All these caveats make me think the idea of a price war is a little overcooked. It’s more about grabbing headlines than winning over cloud-averse people.

Nevertheless, two terabytes is a significant amount of data. For smaller, less data-heavy organisations the biggest temptation must be to backup all of its data for gratis into the cloud. Two terabytes of free storage could represent a really cost-effective disaster recovery option.

While two terabytes could accommodate all the enterprise business systems for a small or medium-sized data-light business, for data-heavy or large organisations with complex applications it would fall short of total requirements.

Could this shortfall be part of the strategy? I can see innovation project teams being tempted by short-term ‘free’ deals that enable them to deliver services rapidly and within budget, leaving operational IT out of the original decision-making process. This scenario would be a way to demonstrate proof of concept through a different (possibly less risk-averse) route into the business. Then leaving operational IT to discuss the ramifications of running the service with a business management that has already seen it in operation.

After all, Google’s cloud applications have sneaked into many an organisation under IT’s radar through BYOD, could Google be thinking this back-door route into the organisation is a good way in for cloud storage too? After all, if it’s a free service, what sign-off does it require?

What can the Internet of Things learn from 1990s ERP?

Data Protection and The Cloud

How Cloud Technology is Helping Businesses Back Up their Data