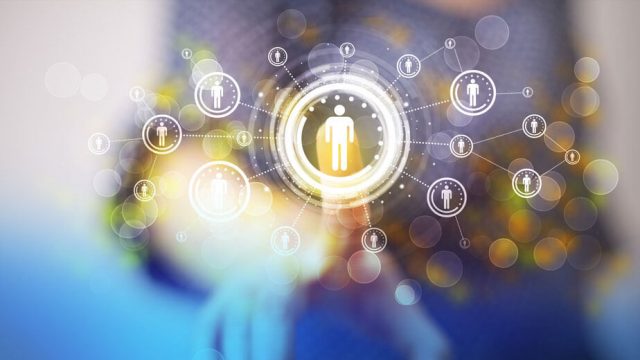 Data centres are at the heart of modern cloud software technology, serving a critical role in the expanding capabilities for business and enterprises alike. But as demand for the cloud grows, so does the need for the advancement in data centre interconnection (DCI) technologies.

The unstoppable rise of the cloud is fuelling the global data-centre market; the sheer number and breadth of data centres has exploded over the past few years. We have seen the birth of the mega hyper-scale data centre as well as its smaller counterpart – the micro data centre.

But as cloud adoption continues to soar, large network operators are reporting a magnification effect on incoming traffic; this magnification in turn is fuelling the need for better interconnection between a provider’s data centre and their customer.

One of the challenges for many customers in their cloud journey is that last mile of connectivity between themselves and the cloud. This last mile has always been the drawback for better Internet usage and despite claims of high-speed broadband and fibre optic leased lines; there is always a need for greater speed, and with greater speed comes the need for greater technology. Say hello to data centre interconnection (DCI).

As solid-state drives and multicore processors have become compulsory, interconnection itself has grown in importance and the technology involved is evolving as the need for leaner, higher density and more efficient DCIs are becoming more essential to meet demand.

One such company that is leading the pack when it comes to DCI technology development is Infinera, they recently introduced the Infinera Cloud Xpress family of metro optical platforms, which have been designed for network operators delivering cloud-based services to consumers and businesses across the globe.

As solid-state drives and multicore processors have become compulsory, interconnection itself has grown in importance and the technology involved is evolving as the need for leaner, higher density and more efficient DCIs are becoming more essential to meet demand.

“Cloud Xpress improves the overall cloud experience by making DCI faster than ever,” Infinera’s Mark Showalter told me. “By increasing the speed that data centres across the metro, and around the world, share information, end users get a faster, richer multimedia experience on their mobile device or at their desktop. For example, the Cloud Xpress enables 8 terabits per second of transport capacity on a single optical fibre. To put that in perspective, that is enough capacity to simultaneously stream more than 1 million HD videos, on a single optical fibre.”

I asked Mark what his opinion was about the evolution of DCI and he told me that Infinera has seen DCI evolve over the past few years along two vectors.

“The second vector of DCI evolution is the aggressive deployment of 100G optical transport between data centres. For the last decade 10G optical transport has been widely deployed for DCI. In the last few years we have seen the beginning of a once in a decade transition to 100G optical transport DCI. This transition to 100G started first in long-haul DCI in 2012, and is forecast to start ramping up in the metro in 2015. The Cloud Xpress is designed specifically for the high-growth metro 100G DCI market, providing a rack-and-stack solution that delivers unmatched transport capacity in 2 rack units using 50% less power than the current market leader.”

Let’s not forget Cloud Xpress’ green credentials. Designed from day one with green in mind, Cloud Xpress includes Infinera’s photonic integrated circuits (PICs), these PICs provide high transport capacity at very low power resulting in consumption being 50% less power than the current market leader in the metro cloud. By dramatically lowering the power requirements you are also lower the cooling requirements for optical transport in the data centre.

The Growing Need for Security in Health Data

The dawn of a new digital era for healthcare organisations

#TheCloudShow – Ep5 – Future of IT Organisations