Compare the Cloud
Home Articles How do you make sense of Digital Disruption? 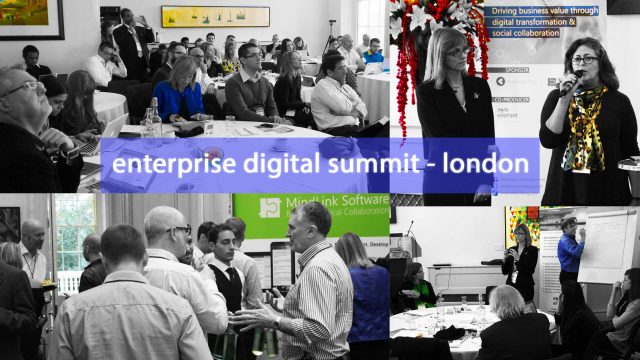 In today’s business landscape I hear people trying to make sense of the terms digital disruption and digital transformation.  Let me try (and I’ve got an event for that).

In 1995 (when we started to talk about Being Digital) less than 1% of the world population had an Internet connection, but today more than 40% do – that’s 3.14 billion people and counting.  For decades Kodak was a superbrand synonymous with photography, even invented digital photography but clung to their old film based business model – where are they now?  About a year ago WhatsApp, a relatively new startup, was acquired by Facebook for over $19 billion – they had built a customer base of over 350 million users in less than 5 years.  In September 2014 the Indian Space Research Organisation put a spacecraft in to orbit around Mars, making India only the fourth country to do this – but what is really amazing is that their whole budget was $74 million, which is less than the budget for the movie Gravity.  Something very dramatic is happening.

Here is an extract from a new book called No Ordinary Disruption by Richard Dobbs, James Manyika and Jonathan Woetzel which quite rightly suggests we now live in a world of near-constant discontinuity:

“Competitors can rise in almost complete stealth and burst upon the scene.  Businesses that were protected by large and deep moats find that their defences are easily breached.  Vast new markets are conjured seemingly from nothing.  Technology and globalisation have accelerated and intensified the natural forces of market competition.  Long-term trend lines, once reliably smooth, now more closely resemble sawtooth mountain ridges, hockey sticks (a plateau followed by a steep ascent) or the silhouette of Mount Fuji (rising steadily, then falling).  Five years is an eternity.”

Something very dramatic is happening, it’s accelerating, and how do we make sense of it?  How do we pull all of these threads together and figure out how to compete, how to create value, how to ride the wave of these forces and put technology to work for our businesses and brands?

On October 22nd Kongress Media and Agile Elephant are co-producing the 2nd edition of the Enterprise Digital Summit London at The British Academy, 10-11 Carlton House Terrace to show you how.  We will be addressing the mindshift required and the management challenges of making this digital transformation work end to end in your business.  We will cover the digital topic and social collaboration techniques, but our emphasis will be on the employee, customer, partner and stakeholder behaviours you need to encourage and the issues of management and corporate culture that you need to address to put these new technologies to use.  Let me talk through some of the great speakers we have on the agenda.

The opening keynote will be from Stowe Boyd.  Stowe’s a futurist, researcher, a bit of a maverick and describes himself as an edgling.  He has been helping us make sense of technology and how it affects the world of work for decades.  He coined the term “social tools” in 1999 and the term “hashtag” in 2007.  We are delighted to have his insight kicking things off.

Our second keynote is from Vlatka Hlupic, Professor of Business and Management at Westminster University.   Last year she published a book called The Management Shift on her research from over 20 companies who have been using her approach and leadership model. They are from small to large, in various sectors and include a FTSE 100 Company.  She’ll be presenting her model of 5 levels of emergent leadership.

We have practical case study stories from Vodafone and Pearson, and a great collection of industry speakers and commentators.  Along with those speakers there will be some great panel discussions, and the chance to participate in a number workshop sessions around transformational change management, digital workplace management, community management and adoption of social tools.

Our friends at Compare the Cloud will be there tweeting and blogging about it.  If you are interested in joining us and broadening your mind around digital, then go here for tickets and full details.

4 ways to ensure your business is cloud-security conscious

The battle for your online data

Why The Cloud and Edge Belong Together