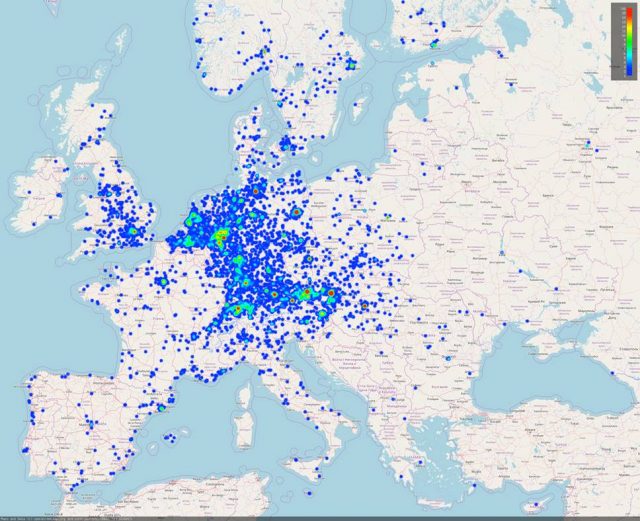 Thursday, 26 Oct. 24, 2017 – Yesterday, Sophos has launched ‘Project Haunted House’, a continuous attack analysis and assessment of smart homes over the period of several weeks. With the aim of raising awareness of responsible IoT device use, a virtual smart home, simulated for this purpose and including original control and network infrastructures, has been set up and will be used as a potential target for attack and left exposed on the Internet.

The final results of the research project will be published in November 2017, however, first interim numbers from the project have revealed more than 70,000 access attempts from 24,089 individual IPS to our virtual house. Therefore, a clear tendency is already evident: the Haunted House is definitely no Halloween one-timer but a valid danger for private smart homes – if not handled correctly.

To bolster these numbers and make a classification in the largest context possible, the project also includes active internet scans for smart home devices via search engines like Shodan or Censys. A scan beginning in October resulted in more than 68,365 open web-interfaces from well-established smart home components globally, and 1914 from the UK, which are primarily used in private households – such as wireless window contacts, smoke detectors, automatic door opening/locking systems, and camera systems. All these devices were easily accessible without a password via the internet. The visualisation via heat maps is showing that the IoT technology is concentrated in cities and urban centers like London, Manchester and Birmingham while fading out into rural areas.

“The sheer numbers emphasise the importance of being cautious while building your smart home”, says James Burchell, Security Specialist. “Otherwise there is a growing chance that it won’t just be trick or treaters at your door this Halloween, but real life cyber gangsters that are looking for you money and data.”

[easy-tweet tweet=”Every IoT device needs to run with the most up to date firmware to be as secure as possible.” hashtags=”IoT, Technology”]

8 tips to NOT get a Haunted House but a secure Smart Home:

How digital technologies are changing the legal sector

IoT devices: The Trojan horses of our time

Info On Cyber-Security Training And Careers