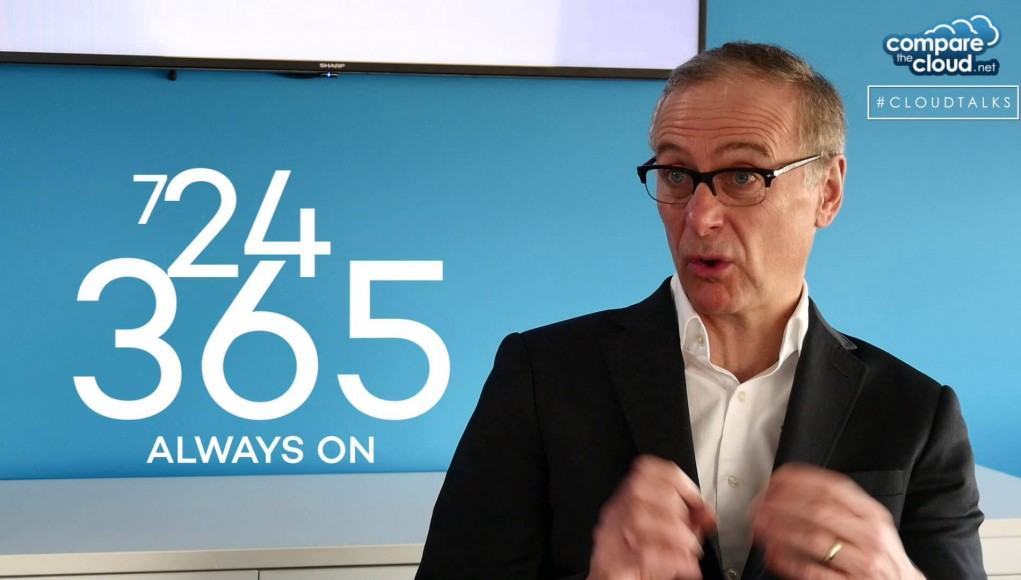 Richard Agnew of Veeam speaks with Compare the Cloud for #CloudTalks. Read the full press release for Veeam’s latest Availability Report below.

The study illustrates that there is alarming disconnect between user demands and IT’s ability to enable the 24/7 Always-On Enterprise, with the number of downtime incidents and the length of downtime greater than in 2014

New research from Veeam® Software, the innovative provider of solutions that deliver Availability for the Always-On Enterprise™, clearly illustrates that despite numerous high-profile incidents in the last year, enterprises are still not paying enough attention to the needs of their users. In its fifth year, Veeam Availability Report showed that 84 percent, a two percent increase on 2014, of senior IT decisions-makers (ITDMs) across the globe admit to suffering an ‘Availability Gap’ (the gulf between what IT can deliver and what users demand).  This costs businesses up to $16 million a year in lost revenue and productivity, in addition to the negative impact on customer confidence and brand integrity (according to 68 percent and 62 percent of respondents respectively).

This figure has risen a staggering $6 million in 12 months, despite almost all respondents saying that they have implemented tightened measures to reduce availability incidents and that 48 percent of all workloads classified as ‘mission-critical (rising to 53 percent by 2017).

With the number of the world’s connected population soaring to record levels last year (3.4 billion or around 42 percent of the globe) and predictions there will be almost 21 BILLION connected devices by the end of 2020, the need to deliver 24/7 access to data and applications has never been more important. However, it seems that enterprises have not received that message despite more than two-thirds of respondents stating that they have invested heavily in data center modernisation specifically to increase availability levels.

“When you talk to more than 1,000 senior ITDMs you expect that there will be some that are still struggling to deliver on the needs of the Always-On Enterprise – the Enterprise that operates 24/7/365, but these findings are alarming,” stated Ratmir Timashev, CEO at Veeam. “Modern enterprises are becoming software-driven businesses, so IT departments can no longer get away with services that are ‘ok’; always-on availability is paramount.  However, since our last study, the number of annual unplanned downtime events have increased (from 13 to 15) and they are also lasting longer and taking a far greater amount of time to recover.  In today’s economy, where speed and reliability are imperative, this is unacceptable. If this trend continues, I fear for the companies we surveyed.”

Availability is of paramount importance… yet enterprises are failing

“While it’s easy to think that this survey paints a picture of doom and gloom, there are shoots of optimism as well,” added Timashev. “Almost three quarters of enterprises recognise that they have areas which need addressing and intend to do so in the next six to 12 months. It is not always easy to divert precious funds to invest on infrastructure, but there is acceptance that this needs to be done. We are seeing enterprises starting to realise the importance of availability solutions and, in particular, the role cloud and cloud-based services such as Disaster Recovery as a Service (DRaaS) can play. Enterprises appreciate the need for an Always-On, always-available operation and I am confident that users will see this become a reality sooner rather than later.”

To find out more, please visit https://www.veeam.com/ and to download the full version of Veeam’s Availability Report, click here.

Five cloud trends that will shape 2017

How To Can Streamline Your Business With Blockchain Technology