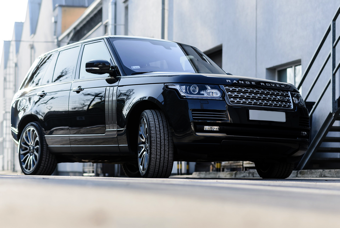 Datapipe, a leader in managed cloud services for the enterprise, has led the cloud migration and digital transformation of global digital advertising agency, Spark44. Migrating its legacy infrastructure to the public cloud has given Spark44 the ability to manage and control digital assets consistently across the world.

Spark44 is a joint venture with Jaguar Land Rover that specialises in developing demand creation programs globally. With 18 offices in 16 countries spread globally, Spark44 found that distributing materials and content to local agencies had become increasingly challenging. In the digital era where content is in a continuous cycle of updates and refreshes that change almost daily, Spark44 needed a platform that would maximise its ability to deploy content globally. As its legacy infrastructure was becoming a significant hurdle for the business, Spark44 migrated its infrastructure onto AWS’ public cloud with the help of Datapipe.

Spark44 decided that the public cloud was the best solution for its requirements, but without the expertise to migrate and manage a public cloud infrastructure, it looked to Datapipe for assistance. Spark44 chose Datapipe because of its deep AWS expertise, along with its flexibility and willingness to collaborate with the agency from the start.

Ahmed Hasan, CTO at Spark44 said, “We met with several service providers. Datapipe was the only one willing to come into our office. I’m a big face-to-face guy and they were happy to sit down with me, listen to my needs, and architect an idea that would really work for us. This not only demonstrated their competency but also illustrated their willingness to go above and beyond in forging a partnership, an ethos close to our own hearts.”

Datapipe developed a new global content management and distribution platform utilising three AWS regional sites – the master site in Europe and satellite sites in North America, and APAC. The solution has given Spark44 the ability to support customer demands by improving not only the speed in which new promotions or campaigns are rolled out to the markets but also the consistency of the agency’s global deployment.

Tony Connor, Head of EMEA Marketing at Datapipe said, “Spark44’s migration to the public cloud demonstrates the impact of cloud technology on businesses looking to modernise and expand. Legacy infrastructure is a challenge that holds back many businesses and with a trusted partner like Datapipe, businesses can overcome barriers to successful digital transformation. Spark44 now has everything in place to distribute its content globally using our fully scalable solution.”

Through working with Datapipe, Spark44 can automate processes that were previously manual, and it has the resilience and scalability to cope with increased customer demands for tracked campaigns and in-depth analysis of results. This has set the agency up for future success and growth as its infrastructure is now built for scale.

What are the Basic Characteristics of the Learning Times of the...

The eight most common cyber-threats, and how to mitigate them

Awareness and risks of stored information – Voices of GDPR –...