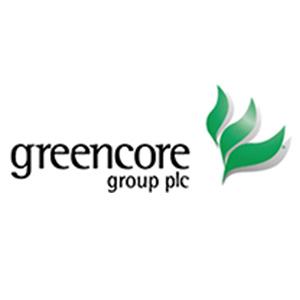 Greencore, the international convenience food manufacturer, has leveraged Datapipe’s global presence to set up infrastructure in the United States to initially host its voice and video application, Skype for Business.

Greencore, a leading manufacturer of sandwiches and other food to go products to grocery retailers in the UK and leading manufacturer of sandwiches, meal kits and salads to CPG, convenience retail and food service leaders in the US has been an Adapt client since 2014, outsourcing all of its infrastructure requirements. In November 2016, Greencore announced its acquisition of US-based Peacock Foods and as a result, it needs access to local infrastructure in the United States.

In August 2016, Adapt became a Datapipe company and now offers clients access to its global footprint that encompasses the Americas, Europe and Asia-Pacific. Greencore has taken advantage of this capability to host its latency sensitive applications, such as voice and video, in US data centres in Kansas City and New Jersey. Datapipe is now able to offer Greencore a true choice of best execution venue for its infrastructure – important now that the US comprises nearly half of Greencore’s annual sales.

Scotty Morgan, Chief Sales Officer at Datapipe Europe said: “After Greencore’s acquisition of US-based Peacock Foods, we knew it was the perfect opportunity to make the most of our new global capability to support them. This is exactly the reason that Datapipe acquired Adapt – to be able to offer global services to our UK-centred client base.”

Chris Smith, Head of Infrastructure at Greencore, added: “Since we started working with Adapt three years ago, we have received great service in the UK. The added global capabilities after the acquisition by Datapipe came at exactly the right time for us.

“Collaboration is the foundation of our business and key to this collaboration is a coast-to-coast, robust voice and video capability. We needed local infrastructure in the United States to keep latencies down and Datapipe was able to deliver. This also contributes to cost saving for the business, via reduced travel requirements.”

How AI Can Improve The Employee Experience

Is OpenStack a Game Changer for Cloud?