Angela Merkel got the full red carpet treatment when she arrived in the UK last week. Addressing both Houses and dropping in on the Queen was all part of Cameron’s strategy to woo her support for his proposals for EU reform. Angela Merkel has already made it clear she can’t and won’t deliver everything Cameron needs, but she does have her mind on some thorny reforms of her own.

The previous week she was visiting French President Francois Hollande to convince him that a European communications network to improve data protection is not only possible but desirable. Whether her conversations with British party leaders today will have covered this same ground is unclear, but the notion does seem to be gathering speed.

…a European communications network to improve data protection is not only possible but desirable.

On Monday 24th February the European Parliament’s Civil Liberties, Justice and Home Affairs committee (LIBE) voted to accept Edward Snowdon’s testimony in relation to its inquiry into mass surveillance. Green spokesperson and member of the LIBE committee, Jan Philipp Albrecht, is urging for Snowdon’s testimony to take place before the Parliament votes on the LIBE report on 12th March. The report calls for the immediate suspension of the EU/US Safe Harbour agreement, acceleration of the General Data Protection regulation proposals, reassessment of Canada and New Zealand as safe to receive European data, and an autonomous EU IT capability.

The report is unlikely to be accepted, but Snowdon’s testimony is an important indication of momentum in the debate. US Senators have been vocal about their unhappiness about his being granted an audience.

It was a busy week for the protectionists. Last Monday also saw Brazilian President, Dilma Rousseff, announce a $185m joint EU-Brasil project to lay a fibre-optic undersea communications cable across the Atlantic, between Lisbon and Fortaleza to bypass US routes and “guarantee the neutrality” of the internet.

…a fibre-optic undersea communications cable across the Atlantic, between Lisbon and Fortaleza to bypass US routes and “guarantee the neutrality” of the internet.

Like Merkel, Dilma has strong feelings about the NSA revelations; postponing a trip to Washington in protest last year over the behaviour of US spy activity. Merkel reportedly told US President, Barack Obama, that NSA activity – which German publication Der Speigel revealed included listening to her personal mobile phone – “is like the Stasi”, East Germany’s hated and powerful secret police.

It is taking some time for the EU to develop of coherent response to the Snowdon revelations, perhaps in part because the issue is complicated by the complicity and cooperation of member states, most notably Britain, in aiding the NSA.

Nevertheless, Merkel has been outspoken about her distaste for companies like Facebook and Google basing their operations in countries where data protection is compromised: “Many countries have lower levels of data protection that Germany, and we do not want our privacy laws watered down”.

Merkel has called for unified European rules but, in the meantime, German courts are busy asserting authority. A German court ruled last week that Facebook must comply with German data protection rules, despite the internet giant originally arguing that its data processing for German users was controlled from Ireland and should be subject to Irish data protection law.

Merkel has also asserted that: “One shouldn’t have to send emails and other information across the Atlantic. Rather one could build up a communications network inside Europe.”

“…we do not want our privacy laws watered down”

What this would mean in practice is unclear. It seems incredibly unlikely that the wholesale investment in a protected EU infrastructure is likely or practicable. And commentators including Tim Berners-Lee have long warned against a ‘balkanisation’ of the internet.

The fact remains, however, that any initiatives remain hard to police. As Edward Snowdon told German state broadcaster, ARD, the creation of a European “cloud” that did not send electronic data to servers on US soil would not protect Europe from US espionage: “If the NSA can pull text messages out of telecommunications networks in China, they can probably manage to get Facebook messages out of Germany.”

Whatever happens, it seems more likely that the net effect of these machinations and words of attrition will be to create an environment where European cloud-based service providers can flourish. There may yet be a significant marketing advantage in being able to offer European-only data centres and encrypted data services.

According to Der Spiegel, there is a joke doing the rounds in the German IT sector that their best marketer these days is Edward Snowdon. Perhaps Angela Merkel is intent on giving him a run for his money. 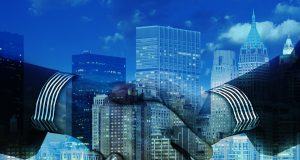 Demystifying Cloud Partnership: how to choose a cloud partner that works... 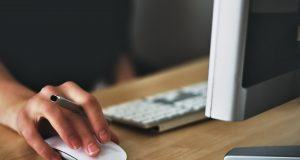 The Changing Role of the IT Manager and Where That Fits... 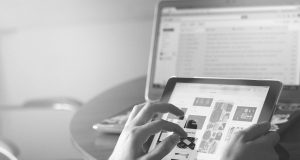 A disaster recovery plan in the cloud

Setting Your Business On A Positive Path To Digital Transformation w/...

A Different Approach to Managing Spend – Analytics and Machine Learning