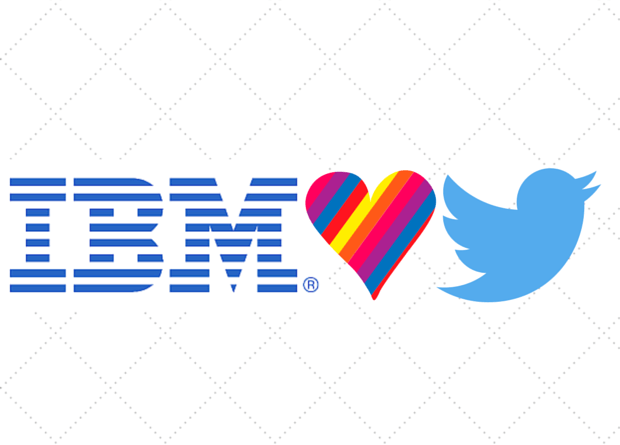 We’re going to look back a few weeks to an interesting announcement that will begin to affect you in a profound way in the very near future.

On March 17th 2015, IBM announced the highly anticipated details of their partnership with Twitter. They will be working on ‘industry-first cloud data services’ that allow the extraction of actionable business data insights from Twitter data by business professionals and developers. Presently there are more than 100 early client engagements where IBM is helping enterprises to apply social data to help enable business decisions.

The IBM / Twitter combination will help enterprises to enrich and analyse their Twitter data in combination with millions of data points from other streams of public and business data. Weather forecasts, sales information and product inventory stats were listed as target points for data mining, in order to find correlations to drive the actionable insights.

“So much of business decision making relies on internal data such as sales, promotion and inventory. Now with Twitter data, customer feedback can easily be incorporated into decision making,” said Chris Moody, Vice President of Data Strategy at Twitter. “IBM’s unique capabilities can help businesses leverage this valuable data, and we expect to see rapid demand in retail, telecommunications, finance and more.”

The announcement of the top three social insights from the early engaged clients were in relation to geographic reactions to brands, simply put, people are more likely to tweet unhappy things about their service provider if their mobile phone loses reception during a weather event. Retail employees have valuable relationships with their most loyal customers, and when employee turnover occurs, retail business is directly affected. Essentially, if you fire someone’s favourite employee in your store or restaurant, they are going to tweet about it, and the results showed that it would impact sales negatively.

The third social insight was that an analysis of the social feeds of top fashion bloggers can enable fashion brands to predict what will or will not sell well.

To be specific, the release stated: “By using psycholinguistic analytics from IBM Research to extract a full spectrum of psychological, cognitive and social traits from Twitter data that influential fashion bloggers generate – combined with operational data such as sales and market share information – manufacturers can better understand why some products sell well while others don’t.”

So IBM has announced a cloud data service that allow business professionals and developers to extract actionable business insights from Twitter data.

Is this a big deal? – Potentially yes, but let’s not get ahead of ourselves.

The real value here is not from analysing Twitter streams – there are many, many tools that already do this. True actionable insights can, however, be uncovered by enriching and analysing Twitter data in combination with millions of data points from other streams of public and business data, the correlations will be what drive better decision making.

Potentially the new IBM analytics services on the cloud could help businesses and developers create social data-enabled apps, merge sophisticated, predictive analytics with Twitter data and more easily analyse that data. This will only happen however if the the service is easy enough to use, easy enough to integrate with, and is economically priced. IBM has some fantastic middleware, but it is not always easy to use. It isn’t always easy to integrate either – even sometimes when trying to get two of the vendors own apps to work together. On top of that IBM software may well be competitively priced against other corporate tech vendors, but with Amazon AWS slashing the entry point for cloud services and many social tools available at low or  often even no cost, this is a different game and it remains to be seen how well IBM will play in the social media area.

And will it make an impact? – Absolutely.

It was big news when IBM’s Watson technology won the infamous Jeopardy challenge, but the technology has yet to find widespread adoption. If in this instance IBM cracks the ease of use, integration and pricing challenges then the new service could well have a huge impact, but even if it doesn’t, IBM is now forcing the hand of its main rivals. They have to develop their own such offerings or risk IBM stealing an advantage. Either way this kind of functionality is now available and in the not too distant future will be in common use.

Three ways Businesses have changed their approach to data since 2015

What does the future hold for the financial and legal sector...

Rising to the Cloud: How Storage as-a-Service has Turned the Industry...