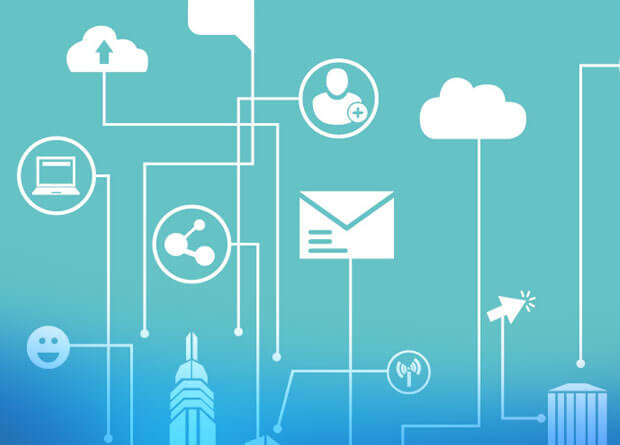 I want to tell you all about my technology predictions for the coming year, in our ever-changing world keeping up with tech is key if you want to stay ahead of the game.

First of all a disclaimer; these are not new technologies – they are tech that has reached a certain level of maturity and become relevant to the channel. They are tech to look out for in 2015, as they will be impacting the technology landscape.

Platform as a Service (PaaS) is in essence the runtime environment for code. The runtime is the application on a server that takes code a developer writes, be that JAVA, PHP or C# to name very few, and translates it into machine instructions, allowing developers to concentrate on writing code and nothing else. The infrastructure, the network, the operating system, and the runtime are all fully maintained, secured and managed by the PaaS provider.

This sounds great, but the barrier to entry has always been PaaS being in the domain of the developer; as PaaS is designed to take custom code and run it, all the frills and fancy bits need to be built by the application developer.

You can’t pick up Microsoft exchange and run it in this way, as it needs to talk to the operating system. So what has changed to make me think that this is the year of the developer? Well, the dark art of development is no longer. Development is becoming commoditised. What do I mean by this? If you go to most recruitment agencies you can get a developer starting the next week on a rolling one-month contract for around £10k. Now, this isn’t cheap, and without strong project management you will be posting your money down the drain, but do it properly and you could have a custom application based on open standards. Easy to maintain, running on PaaS, no servers to worry about supporting. This will be the enabler to PaaS that takes it from cool tech to actively used tech.

With offerings from Google, Amazon, IBM, Redhat and Microsoft, PaaS is being taken seriously in 2015. Workloads running companies ranging from finance and banking, to retail and real-estate with names like JP Morgan Chase, Barclays and Diebold (they make ATM’s) are running production critical workloads via PaaS services.

APIs will be the default element of any application or platform worth considering in 2015. APIs, give an IT department a programmatic interface, which allows them to integrate their existing services and applications, to new services. In essence they expose an amount of the functionality that can be controlled from a remote location. There are two main cases for using APIs:

1. Integration of third party services
The web is becoming more integrated and the idea of using common services, rather than owning, managing, and, maintaining ‘on-premise’, is very attractive.

For example, you may need to send thousands of emails for marketing campaigns. Having an email service that has an API sending emails means you don’t have to maintain an email system for this purpose. More than anything you maintain the privilege of sending thousands of mails without being blacklisted by your ISP… You simply press a button from your marketing system and everything just works. Sendgrid.com is a good example of this.

2. System to system integration
The ability to federate data between systems has huge business benefits. Accessing data stored in one system to complement or fuel the results of another without any duplication of work or data is a massive benefit. Let’s use the email example above; you have a customer record system holding sales data from your customer base and you want to run an email campaign based on what has been sold previously. If you integrated the two systems using APIs the marketing system can query the sales system automatically to extract the exact data required. Saving hours of laborious copy and paste to get the data into the marketing system or creating a new database that replicates the data for this single purpose.

Docker is an open platform for development to production consistency. Build, ship, and run distributed applications without changing code operating systems from laptop to mainframe. The system consists of: the Docker Engine, a portable, lightweight runtime and packaging tool; and, Docker Hub, a cloud service for sharing applications and automating workflows. As a result, IT can ship faster and run the same app, unchanged, on laptops, data centre VMs, and any cloud.

Docker. Is nothing new? Linux containerisation has been around since 2008 but Docker wrapped simplicity and tooling around it to improve adoption, getting the open source community behind it with names like Google and IBM contributing to development and tool sets attracting customers like ebay, yelp, Spotify and Rackspace.

Docker, PaaS and APIs are really just scratching the surface of what the year ahead will bring for us. I expect more and more exciting technologies to emerge as 2015 progresses, and for the way we deal with data and workflows to develop.