Compare the Cloud
Home Articles Top Trends and Concepts for 2015 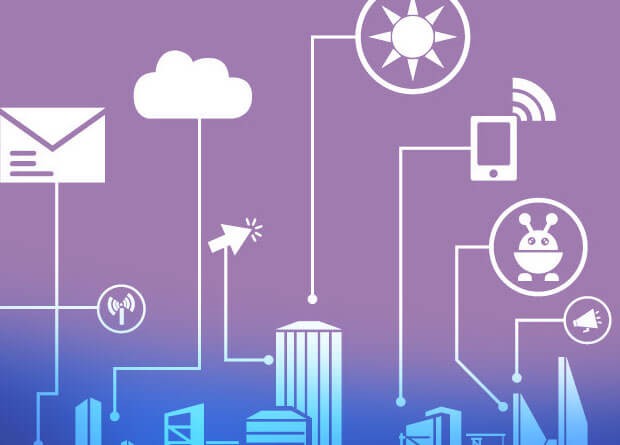 Previously we’ve spoken about the top technology for 2015, so now we’re going to look at the trends and concepts that are coming into the forefront of our vision. 2014 saw the rise of big data as a trend in the tech world, the future is really moving more towards the ways in which we will analyse and employ the data that we have collected.

Advanced, Pervasive and Invisible Analytics, Gartner calls it; I say Commodity Analytics and I stand by this. I’m not cheapening the hyper complex and fine work done by the software and data scientists, if anything they have done such a good job of unlocking and demonstrating the value inside everyone’s data that we all want a piece of it.

Whether I want to know where I stand for profile views inside my LinkedIn network, or what might be the next big technology trend based on a million value sales report from 2014. Analytics, in the broadest sense of the word, is more and more a part of our lives.

I was reminded to what level recently when I opened my phone and checked the weather for London and was presented with a simple icon representing that it was going to be dismal. However, upon thinking about what that symbol represents from an analytics perspective, I soon cheered up. The crunching of 1000s of sensors, past and present weather data for this time of year, plus satellite and radar inputs all on one of the worlds most powerful computers.

I then checked the travel route I was planning on taking, once again not great, but this was based on real-time traffic information from speed sensors along a stretch of 250 miles of the UK giving me a near minute perfect estimation of my journey. I got out of bed with a renewed vigor.

All this demonstrates analytics is becoming truly commoditised. No longer the preserve of the enterprise boardroom, this technology is now feeding everyone all the time to help them make better micro decisions, as well as major ones. Do I take a coat or not? Do I go on the M1 or the A1? This all helps make Analytics a bigger slice of the IT sphere and whatever we thought we knew about the analytics market in 2014 will be child’s play compared with 2015.

The saying used to be, “That calculator has more power than it took to send men to the moon.” Now the saying is, “That cheap, relatively low end smart device has more power than my top of the range laptop 2 years ago.” Computing power is everywhere and the proliferation of high-powered mobile computing has helped to give application developers much more freedom when developing mobile apps. Dual core chips have become commonplace along with upwards of 2GB RAM and even 128GB flash disks in phones.

What does this mean for the IT industry? Simple, mobile computing and mobile as the primary business tool is now the reality, if you don’t have a dedicated mobile app to mirror/complement your on-premise or cloud delivered service, you will be left behind.

The only thing that’s letting these devices down (more than battery life) is the mobile networks they now rely upon. They are not fast enough; don’t have enough throughput or enough coverage. But I am not one for just complaining; this is where the opportunity lies, building mobile apps that give the feeling of real-time whilst using what little bandwidth they have while relying on the local computing power and storage to cache and process information which is bound for the cloud can be the intermediary step.

As infrastructure skills become obsolete, the IT department is evolving into a development house. Development isn’t the ‘dark art’ it used to be, with the UK government stating that coding classes will start at 4 years old from 2015; the only way is ‘up’ for the quantity and quality of developers in the UK’s future.

In the here and now, and the next year specifically, we can expect to see development becoming much more common place in the SME. A good question is what will they do? As supply chains become more complex and time-to-productivity becomes more and more important, developers can help organisations to gain a competitive edge by developing systems that allow them to: react quicker, deliver sooner, and be better informed than their competition.

How do they achieve this? Well when you are starting from a blank sheet of paper the world really is your oyster. The best thing is that in most cases an organisation gains this competitiveness for less than buying the equivalent off-the-shelf product, let alone the lower costs of maintaining the software.

Don’t get me wrong it isn’t as easy as I have just made it sound. The development function in an organisation requires an eco system of people. Strong project management is critical, developer operations (DevOps) personnel, but done properly the ROI of this model can be the difference between a company being relevant in 2016 or not.

Cloud computing is worth $121bn. Hybrid cloud’s predicted worth is $1.85tr by 2017, accounting for 50% of all it’s spending according to Gartner.

Hybrid cloud, love the name or hate it, is here and it’s going to be the big cloud enabler of 2015. As CIOs look for the way make cloud (and I mean “public” cloud) a part of their architectures, hybrid is going to be that way.

Hybrid cloud will enable cloud bursting for compute and storage, and with Software Defined Infrastructure (SDI) to smooth the network, shared systems and security governance will allow this to be achieved using simply a few clicks. However, a few things will need to be overcome, the first one and the biggest being cost!

One of the contributors to confusion in the cloud has been the perception that it is fundamentally cheaper than on-premise. This can be true, but rarely, as it can often have initially higher costs of implementation. To really take advantage of the cloud you should take the time to re-engineer your applications architecture. This sounds scary but isn’t. Secondly the disservice some of the operating system migration tool vendors have done to make enterprises think that they can just lift and shift their operating systems driver, apps, security and all into the cloud.

The very thought sends shivers down my spine! When moving to the cloud the first thing I tell anyone is. “The cloud is not a one size fit all solution.” The first thing to do is identify what is cloud ready and what isn’t. This will help you to start to realise the true benefits and drawbacks of the cloud.

Understand what the cloud can offer your applications (or even single elements of your applications), which ones should be in the cloud, which ones shouldn’t, and then architect for this. Once you do, hybrid cloud becomes your gateway to the best service delivery with a highly resilient infrastructure, near unlimited scale (dependent on provider), and spin-up spin-down commercial flexibility.

Client/cloud architecture is becoming more and more prevalent in the modern world of application delivery. Look at salesforce.com, Dropbox, office365 to name but a few. I am aware they have servers in the back end, but the point is that enterprises are no longer connecting to a dedicated server, IP address, or, even in most cases, URL. It’s shared on a massive scale and delivers to the mobile device on demand anywhere any time.

Software defined data centres seemed to come of age last year, by this I mean, in the world of the SME. It’s the typical story of product pioneered due to a specialist need, in this case the need of Internet scale companies, namely NASA and Rackspace. Open sourced, then rapidly developed to far beyond the required capabilities, then adopted by the MSP world at large.

Over the last few years, all the large vendors have developed a play of some description. The project as a whole has matured dramatically. Services companies like Mirantis have sprung up to provide professional services around the technology. All of this helps to de-risk and make adoption easy and straight-forward for the end customers that are going to turn it from top of the CIO agenda to defacto in the SME datacenter.

Concept – Risk based security and self-protection

To maintain a safe open and secure cyberspace we must look to new methods that will keep us ahead of the threats in 2015. We have already seen cyber weapons developed which derailed Iran’s nuclear program by 2 years, and viruses that are so well written, even the most advanced security companies can’t remove them. So what is 2015 going to look like?

The truth is we won’t know until it attacks us, this is sadly the nature of the beast, but we can ‘best prepare’ for the future.

Perimeter security is no longer enough; Intrusion Detection Systems (IDS) do a good job at being abstracted from the application but lack context-awareness. What is required for the ever-dangerous cyber world we live in is a security approach that automatically links context-aware security to abstract security giving the best possible hope for the user. These systems represent self-protecting applications, operating systems that are paranoid of their applications and then inline dynamic perimeter securities that are just plain schizophrenic.

We need all of this while improving the user experience, and giving more access and flexibility to increase productivity. No small task…

The truth is, this is my guess, but who is to say that tomorrow some unknown technology won’t come along and disrupt everything, and that is exactly what I love about our industry.

Fairy-tale Lessons in IT Managed Services: From Beauty to Beast