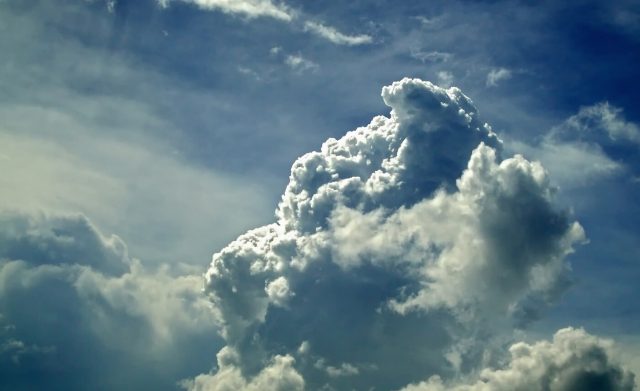 How Docker Will Change the Game for Enterprise scale Application Development

You have got to be kidding, Docker on the Mainframe? Following our post on June 3rd – “IBM’s Mainframe team gatecrashing MongoDB World,” it appears the IBM z team is out in force again – this week at DockerCon in San Francisco. Here is another one of these new, exciting technologies, and it’s appearing on the mainframe? No way! It seems like the z System team is demonstrating the mainframe is a platform on which developers can innovate, and enable users to modernize Linux environments. We caught up with Steven Dickens and Dale Hoffman to learn more. Steven is the Linux Offering Manager for IBM’s premier z Systems platform, and it turns out Dale is leading the charge on the open source technology partnership efforts in this space.

Why the sudden interest in Docker by IBM z Systems?

Essentially Docker reduces the development effort required to build applications and transport them between different platforms. The main reason is that services and solutions are decomposed into what are referred to as “micro services.” By breaking a big solution into smaller chunks and being able to replace the individual components and micro services of the entire solution, it becomes simple to upgrade or come up with new versions of an overall solution. This goes hand-in-hand with newer philosophies about how applications are built, packaged, used, and managed, and is consistent with DevOps best practices.

We then asked how IBM and Docker were working together overall. It’s common knowledge that Docker is partnering with many companies and open technology foundations with IBM one of the recognised partners on the Docker’s lists. What’s new that IBM is expected to be the first reseller of Docker Hub Enterprise — Docker’s behind the firewall repository for storing and managing Docker containers.

A truly excited Hoffman described Docker on IBM z like this:

He then elaborated by saying he regards the push to bring Docker to the mainframe as a game changer because it marks the convergence of what Docker provides – an open platform – enabling an easy and efficient experience for developers to build containers for deploying and transporting distributed applications, with some fantastic improvements in security and performance – when deployed on the mainframe. The advantage of this portability means developers have the ability to develop and deploy anywhere, without having to compromise on security or performance. Extending Docker to the z Systems environment will expand the range of applications for the mainframe and speed up the development process.

Hoffman went on to reveal, “Our early benchmarks indicate that Docker performance screams on IBM z with 2x higher application throughput per container over other platforms, essentially supporting a higher number of containers per virtualised/physical resources.”

The result means Docker paves a new way of creating and moving applications and workloads to and from z Systems, making it possible for developers to reuse a micro service and put it together in a bigger application using Docker containers and interconnects between them. This enablement of Docker on IBM z Systems means Linux users can further extend and advance their innovation with Docker technology to support enterprise grade business critical data and applications.

When will Docker become available on z Systems?

According to Hoffman, z Systems has already made Docker binaries available to clients as a technology preview to developers allowing them to experiment with Docker in order to gain experience, and understand how complementary the technology is to the mainframe.

We then quizzed Steven Dickens, who is out at Red Hat Summit in Boston this week, on why the mainframe team are becoming more vocal in the Open Source world and how he sees this space evolving.

“IBM is seeing a shift in how clients are looking to deploy Linux. We are seeing a shift into the enterprise grade arena with Linux, where clients are looking to deploy applications previously only seen on high-end UNIX and mainframe systems onto Linux for the first time. This behavior is being driven by the maturity of NoSQL databases and development languages. Linux on IBM z has been around 15-years and we have seen double digit growth ever since as the Linux and Open market is increasingly asking for more enterprise grade capabilities, especially around security, availability, performance, high availability and disaster recovery.”

In summary, we at CTC are witnessing some interesting dynamics in the Linux space and a big shift in how people want to deploy Linux in an enterprise grade cloud environment. The momentum on the IBM z platform is building with the enablement of these new and exciting technologies now available for rapid innovation. What’s next from these guys? We sense more is sure to come. Stay tuned.

Why Cloud Tech is the Catalyst for Startup Success