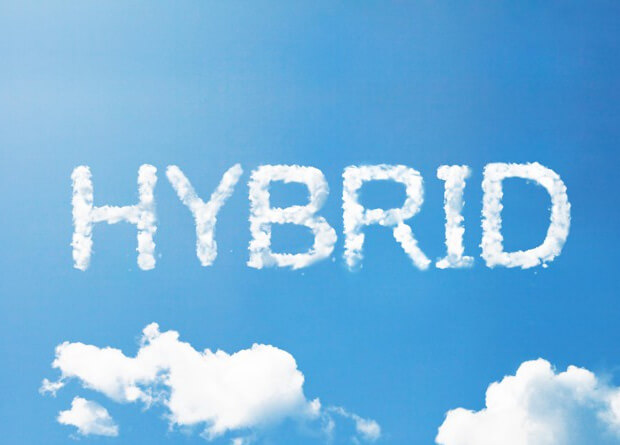 According to a recent report by the China Securities Journal, the China Telecom company will aim to develop a hybrid cloud business during this year and next. China Telecom is merely the latest business to recognise the value of the hybrid cloud; a new technology which is becoming extremely prominent in cloud computing.

So what is the hybrid cloud, and why are experts and analysts predicting that it will be the prevalent cloud system in the coming years?

Many individuals and businesses alike continue to view the cloud as a rather blanket proposition.

Many individuals and businesses alike continue to view the cloud as a rather blanket proposition. Either you’re in the cloud, or you’re completely outside of it. This is a complete misnomer, and the hybrid cloud is proving this assumption to be a complete myth. The hybrid cloud is offering businesses the ability to benefit from both public and private applications, and to manage them in ways which are flexible and customer-oriented.

One of the issues which has prevented smaller businesses in particular making the move over to cloud-based systems has been concerns about cost and flexibility. Despite this, a Computer Weekly survey as early as March, 2012 indicated that one-third of IT organisations were backing up at least some of their data using cloud applications. So the appetite for cloud computing was already there quite some time ago. What the hybrid cloud has done is make the cloud accessible for a whole new raft of commerce.

It offers the cost-effective solutions of the public cloud, and the security of the private cloud.

The hybrid cloud enables businesses to reap the reward of the benefits of both the public and private cloud. It offers the cost-effective solutions of the public cloud, and the security of the private cloud. The hybrid cloud potentially offers significant economic benefits. It is possible that these will reduce over time as the price of cloud computing naturally comes down, but in the short-term this will be a very significant factor. In the meantime, the hybrid cloud offers companies the opportunity to scale easily by allocating resources for immediate projects.

Additionally, data security is a big issue in the cloud, at least in terms of public perception. The hybrid cloud eases these concerns by enabling users to choose dedicated servers and network devices with restricted access, while also allowing communication over a private network. The hybrid cloud enables companies to move seamlessly between the two types of cloud model. The hybrid cloud is already gaining popularity among SMEs for this very reason.

Aside from the fact that the the hybrid cloud specifically offers the economic and scale benefits which are associated with public clouds, the dual nature of the hybrid cloud also opens up a lot of options for businesses. Perhaps the most obvious benefit of this is that applications can be assigned to the public cloud when user demand is high, while applications requiring stringent security provisions can be operated within the safety of the private cloud. Essentially, the hybrid cloud offers the best of both worlds at a price which suits the smaller budget.

40 percent of senior IT decision-makers surveyed had already opted for some form of hybrid cloud-based infrastructure.

Already this is paying off in terms of numbers. According to an IDC report, 40 percent of senior IT decision-makers surveyed had already opted for some form of hybrid cloud-based infrastructure, or were intending to adopt such a package in the near future.

Only days ago, the Wall Street Journal was the latest publication to report that the demand for the hybrid cloud is likely to go through the roof in the near future. It seems that the hybrid cloud has inadvertently tapped into one of the key psychological factors related to change; it offers a taste of a new technology, but in a way that is not too threatening to our intrinsic human fear of such change.

With the cloud now becoming part of everyday life, and mainstream advertising now focusing on cloud technologies (Eurosport’s French Open coverage has been sponsored by the Microsoft Cloud this year), the hybrid cloud seems to offer an excellent way for the unsure and weary to get in on the ground floor with this exciting technology which will unquestionably be important for our collective future.

Can you sum up your business idea in three sentences?

When is SaaS right for your business?

What the European General Data Protection Regulations (GDPR) mean for your...