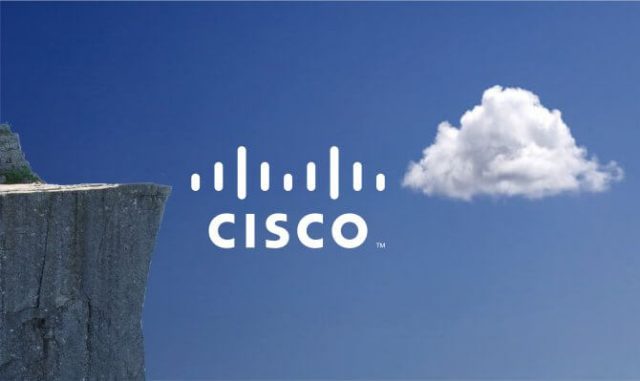 Last week, Cisco Systems Inc announced that they plan to offer cloud computing services, pledging to spend over $1 billion over the next two calendar years in order to establish themselves in the burgeoning cloud market. Cisco’s perhaps slightly unexpected move has been widely reported in the media this week, with the Wall Street Journal initially breaking the story.[pullquote]Cisco is extremely serious about their cloud plans, and as an opening salvo [the investment is] a tidy sum.[/pullquote]

The new operation will be referred to as Cisco Cloud Services, and the billion dollar investment that Cisco is making will apparently largely be invested in building the data centers required to run this new service. And it is evident from the commitment that they have made that Cisco is extremely serious about their cloud plans, and as an opening salvo it’s a tidy sum.

At present, Cisco is primarily known for its dealings in network hardware, so to some extent this represents a diversion from their usual business and modus operandi.  Certainly four years ago they had no intention of providing cloud services – preferring to be the equipment supplier behind the growth of cloud,or as they described it at the time: “Cisco’s motto is to be the arms supplier”.

[pullquote]Certainly four years ago they had no intention of providing cloud services… “Cisco’s motto is to be the arms supplier”.[/pullquote]However, many market analysts are viewing the move to cloud as an entirely logical strategy, with Cisco evidently wishing to take advantage of business’ desire to rent computing services rather than incurring the often huge initial outlay of buying and maintaining their networking hardware and servers. The cloud offers a flexibility in this regard that hardware of course never has and never will, albeit somebody somewhere still has to buy and manage such hardware.  The problem is that it isn’t always Cisco’s gear filling the data centers of Cloud Service providers (CSPs).

Cisco’s move therefore not only represents a growing trend in cloud computing where expenditure on enterprise hardware has been falling for quite some time, but also reflects one in the world of hardware provision as well – we’ve recently seen IBM make a huge strategic shift away from hardware to cloud.  The competition is growing and everyone wants a slice of the action.[pullquote]The problem is that it isn’t always Cisco’s gear filling the data centers of Cloud Service providers (CSPs).[/pullquote]

It seems quite clear that Cisco is making this ambitious cloud move with the intention of becoming the IT partner of choice for larger Enterprises and expand their supply of services to their existing and large customer base of telecom and technology service provider businesses. Cisco has suffered from the fact that it has been selling hardware which “powers” cloud computing, but drawing the line at offering end-user facing services. which they are no addressing.  This creates a potentially awkward situation where they are likely to find themselves competing with their customers for Enterprise customer business – a position that VMware and IBM amongst others have had to navigate delicately around.  As with these cases, it seems there is diminishing role and viability for the straight forward reseller in the world of cloud, with everyone needing to differentiate themselves and bring their own value-add to a customer solution.

So it can be said that it makes sense for Cisco to offer this joined-up functionality bridging hardware and cloud at  this point in time, and take full advantage of the name and reputation that it has built up over the years with some good momentum and brand penetration.[pullquote]…they are likely to find themselves competing with their customers for Enterprise customer business…[/pullquote]

[pullquote]…[will they] be seduced by providing potentially more profitable, differentiating and customer-retentive Platform-as-a-Service (PaaS)..?[/pullquote]What has yet to become clear is whether Cisco can contend with lower margin business of providing infrastructure-as-a-service (IaaS) or whether they’ll be seduced by providing the potentially more profitable, differentiating and customer-retentive Platform-as-a-Service (PaaS) options to customers.  If they do, then they really do have a lot of catching up to do (no doubt requiring additional business acquisitions), and they’ll need to find extra speed, agility and skill-base they are not currently known for. Although a challenge, this isn’t insurmountable especially when you have dollars to spend – and it seems inevitable that cloud provision will become a central part of Cisco’s business from this point on.

What do you think?  How do you see Cisco’s foray into cloud service provision developing, in what key areas, and how successfully versus the established competition?

Maximising the value of the cloud: Four tips for your business

Avoiding delays and diversions on the journey to the cloud