Cloud services, including SaaS applications, are designed to be flexible, on-demand, self-service, scalable and elastic, which make them ideal for enterprises seeking to transform from static legacy systems to more progressive digital computing operating models.

In search of the best total cost of ownership, overall cost reduction continues to dominate as the main reason for cloud services investment. According to Gartner, CIO and IT director roles all rated ‘cloud is a modern approach’, ‘innovation’ and ‘operational agility’ as top drivers of cloud service adoption. The conclusion is that CIOs are focused on using the cloud to establish modern, innovative IT environments with operational agility and business competitiveness as key outcomes.

[easy-tweet tweet=”CIOs are focused on using the cloud to establish modern, innovative #IT environments” user=”AtchisonFrazer”]

However, because of perceived barriers to successful deployment, such as losing control of data and lack of visibility up and down the stack, few organisations will completely migrate to cloud-based SaaS. Instead, they will live with a mix of SaaS and traditional on-premise application deployment, with a focus on flexible integration.

the power of cloud computing is in the speed and agility

Most enterprises have realised that the power of cloud computing is in the speed and agility gained in developing and operating cloud-based applications. But many have begun to implement agile methodologies and continuous integration for their newly developed Web, mobile and analytics applications because of issues that impact performance such as security.

As enterprises re-platform legacy applications to private and hybrid clouds, they must ensure that those apps will be able to scale and that correspondingly, infrastructure performance monitoring capabilities must scale at the speed of cloud. 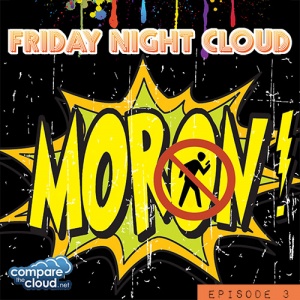 Large-scale network operations often experience technical disruptions that degrade system performance and the overall IT infrastructure. For large networks, the source of degradation can be difficult to isolate, especially within virtualised or hybrid-cloud infrastructures, because the problem is often located on remote devices or manifests itself not as a complete failure, but merely as under-performance.

Often, isolating a poor performing component is substantially more difficult than isolating one that has completely malfunctioned. To solve network operation problems, IT administrators use fault management tools that explore and monitor key aspects of a network in a silo fashion.

Degraded performance issues can range in scope and complexity depending on the source of the problems. Some examples of network operations problems include sluggish enterprise applications, the misuse of peer-to-peer applications, an underutilised load-balanced link, or lethargic VDI performance – all of which have an adverse effect on IT operations and eventually to an organisation’s productivity and agility.

One often-cited problem is when monitoring network traffic for a relatively large enterprise, the amount of information relating to those packets can also be relatively large. The sheer volume of nodes and traffic in the network makes it more difficult for a standalone network-monitoring device to keep up with the amount of information. Fault isolation often requires tracking and storing large amounts of data from network traffic reporting devices and routers. Tracking huge amounts of data from large networks consumes massive amounts of memory and processing time that can hamper system performance. Accordingly, what is needed are scalable systems for efficiently storing and processing data for network monitoring, synchronously with processing interactional data correlated to other infrastructure components and virtualised objects.

The solution lies in memory. A memory-driven engine provides the ability to quickly identify contention issues affecting the end-user experience, such as network device conflicts, NetFlow traffic patterns or IOPS degradation. This engine correlates and analyses the health of hundreds of thousands of objects and dozens of measurements within an IT environment’s virtual infrastructure. By continuously comparing system profiles and thresholds against actual activity, it is possible to determine which objects are vulnerable to imminent performance storms. With microsecond-level, data-crunching capabilities, it is possible to track, record and analyse more data, more frequently.

Conventional external database-driven, performance monitoring solutions may miss intermittent contention storms, network-level and beyond, that affect the performance of the virtual environment. Thus, even when other solutions do eventually identify a problem, it is minutes after end users have been impacted. And often, the information provided is insufficient to determine the root-cause because it’s primarily retrospective.

A real-time health can be linked to the relative fitness of every client, desktop, network link, host, server and application that can affect the end–user experience, changing in real time to reflecting the urgency of the performance issue. A significant performance shift will trigger an alert that is paired with a DVR-like recording.

An in-memory analytics architecture allows for a real-time operational view of infrastructure health second-by-second, rather than just averaging out data over a five-to-ten minute period. In essence, Xangati identifies exactly which VMs are suffering storm-contention issues from networking resources at exactly the precise moment it matters to take preventive action, regardless of whether apps run on premise or in the cloud.

Multicloud strategy | The 5 Steps to transition

Embracing an optimistic global IT channel through collaboration

To keep the botnets at bay: regulate or innovate?