1) Social Media Week is a contradiction

It is a physical event that is designed to promote practice in an online social environment. The London event is one of a set of a global events – held across 20 cities and which draws 30,000 participants. These events provide a forum to discuss developments in an industry that is in flux, to share best practice within a profession that is still embryonic, and to network and demonstrate the latest tools in one of the tech world’s greatest areas of innovation. 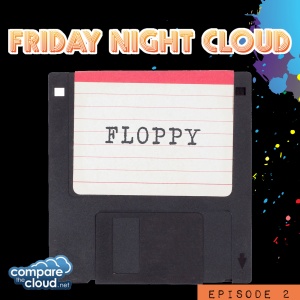 Now in its fifth year, Social Media Week (SMW) London is the second-largest of the global events (behind New York City) and London is considered “the most social SMW city” of them all. As with past years, it was evident that those within this bubble participated with great enthusiasm both in the discussions at the events as well as on social platforms. Outside the bubble there was, however, a level of at times scathing criticism from those tracking Social Media Week purely from the supposed “insights” posted by users of the #smwldn hashtag. While some of the criticism was simply sour grapes from those left out of the event, I could not help feeling that while there were a few great case studies presented, most of the really ground breaking work was being done by people with too little free time to attend Social Media Week.

2) Its not just about the cool agencies and tech firms

In the past, there was a sense that the most of the limelight was focused on the latest, greatest tools or how the coolest agencies were using them to do great things for their corporate clients. In one of this year’s sessions (entitled Social Creative Leadership: A Knife Fight in A Phone Box, hosted by @LeoTwit from Ogilvy @OgilvyUK, and featuring @Whatleydude @FrithFrith and @jedhallam) there was a discussion on the evolving demarcation and dynamics within the creative value chain and between different creative teams – It asked what the role was for creative agencies, media agencies, publishers, the social platforms as well as the clients themselves all of which have creative resources. The debate was worthy, but the knife fight failed to draw any blood (or indeed any bruises). The most compelling contribution was from the client present – Fritha Hookway @FrithFrith Digital Marketing Manager at @Topshop. She made the point that larger firms or brands with the resources should try to retain social control in house and certainly never outsource their community management. With larger firms being able to recruit the necessary skills and afford the same great tools as the agencies, why wouldn’t they want to develop in house capability and to retain direct control of community management and possible also the whole social spectrum. But then where does this leaves agencies, most of whom are built to serve large clients and large budgets which are most able to do it themselves rather than the vast SMB sector where support is really needed.

Other in-house social leaders that shone out included Barclaycard, British Gas and Nescafe. In a discussion chaired by @javierburon CEO of @SocialBro with panellists @FloraBusby @simonlp @tomball1985 @alexpackham @gregallum & Sarah from @snackmedia. The discussion focused on what the future of paid advertising is on social. Flora from Barclaycard @FloraBusby made an impassioned argument for better targeting and focus to deliver increasingly relevant paid social content. And Greg from British Gas argued for an adaptive strategy approach where spend is varied depending on how platforms or posts are performing. He also argued for appropriate resource allocation to community engagement, saying that British Gas currently aims to respond on Twitter within two and a half hours and is looking to improve that soon two hours, but that the resource to go much further probably couldn’t be justified. It was a great discussion – See a summary of the SocialBro debate on the firm’s own web site here.

Nescafe, one of the giants of the food industry, is trying hard to present a human face to its operations and products. It shook things up a bit at Social Media Week by claiming that ‘Dot com is dead’. The firm announced that the era of brand websites is now over and that it is converting its Nescafé.com website into a Tumblr blog.

Where once creative types ruled the marketing world, it is now centred on hard-nosed business metrics. In this environment simple “likes” and “retweets” are relatively meaningless metrics. See my previous thoughts on real metrics here. The tools are improving all the time, as is the ability of teams (whether on the client or agency side) to track the real return from campaigns more accurately, identifying users and linking content to click through rates, actions, outcomes and direct purchases and ultimately revenue. This is making the ROI on social more and more easy to demonstrate. It is also driving a more metric-based and data-driven approach which when integrated across the whole the digital marketing mix is transforming the way that businesses operate.

Next generation IaaS: Multi-cloud via APIs

DR as a Service – #Cloudtalks with Union Managed Services’ Heston...

How secure is your data? Five questions for your cloud communications...