A web-based terminal emulator can be accessed quickly and easily by any device with a web browser. This includes laptops, mobile phones, tablets and desktops. In the modern workplace, where Terminal Emulator software needs to be used by a diverse mix of users from salespeople, to shop floor staff and programmers, such flexibility is a must. Using the web to host your emulator gives the user and system owners the increased flexibility of an internet-based application. More importantly, the business applications that run on your legacy system can then become seamlessly integrated with other systems and processes within your organisation.

While installing a desktop emulator might seem the obvious choice to maximise security, the reality is very different. A web terminal emulator is actually far more secure than its locally installed counterpart.Click To Tweet

While installing a desktop emulator might seem the obvious choice to maximise security, the reality is very different. A web terminal emulator is actually far more secure than its locally installed counterpart.

Web Servers and web browsers take advantage of the most sophisticated security features of the moment. This level of security is important, as it allows the user to perform vital tasks safely, such as internet banking. This also ensures that your web-based terminal emulator can benefit from the most up to date security available, whilst having the agility of a modern web browser based application.

By contrast, most desktop terminal emulators are quite clunky and the security is often aeons out of date, creating a large threat surface that can then expose your most critical business systems.

Desktop terminal emulators rarely receive security patches from their respective providers, they are often treated as old applications by vendors and as such receive little investment. As such many years will pass without a single update, leaving you wide open to all the latest threats.

Most desktop terminal emulators haven’t had any architectural examination or revision for over 20 years, thus causing slow and bloated software that hasn’t really been designed for today’s operating systems.  In the past even some lesser web-based terminal emulators have used Java applets or active X plugins, essentially creating a locally installed application that runs slowly in a web browser.

However, modern web-based terminal emulators are pure HTML and don’t use applets or plug-ins. Because of this remaining compliant isn’t left to users anymore, this is all managed centrally in one place. More importantly, the native HTML use ensures you get all the benefit from the most optimised and fastest application on the planet, the web browser itself.  The browser wars fought between, Google, Microsoft, Firefox and Apple have delivered arguably the most performant application on the planet, even Microsoft Word is now a HTML based application.

Modern web-based terminal emulation will utilise compression and intelligent algorithms to make your legacy application lighter and faster than the original data stream, ensuring it can be used comfortably with mobile devices and in wireless environments.  A modern web-based terminal emulator will deliver you a stateless emulation, meaning dropped sessions are a thing of the past. 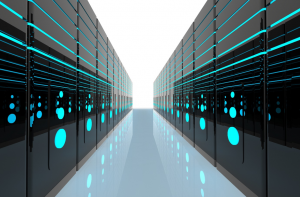 Organisations with a cloud or mobile first strategy can comfortably adopt a web-based terminal emulator: a good emulation vendor will already have a cloud-based offering and deliver interfaces that use responsive designs that work seamlessly on any device. The best web-based terminal emulator will offer a roadmap or provide no code tools that allows the classic green screen interface to be modernised to reflect and have symmetry with other modern applications in the business system ecology.

IaC: IT Infrastructure Management Model That Codifies Everything

Why move testing to the cloud?

NetApp builds on its cloud leadership in global markets