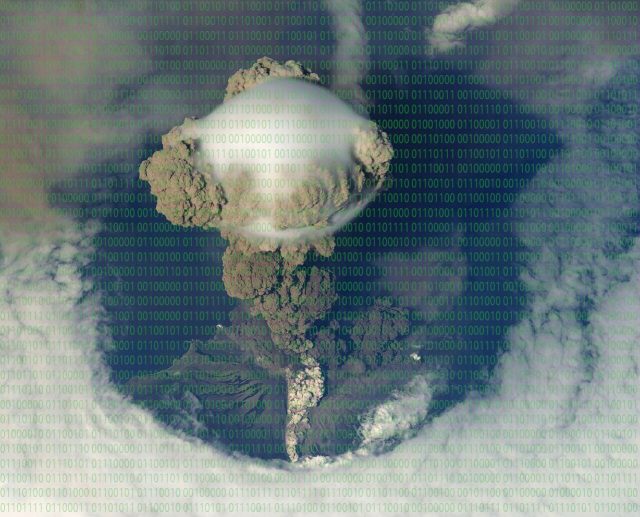 Alternative histories can be a creative way to explore what we currently know. Fiction pieces like Fatherland by Robert Harris and 1984 by George Orwell are famous the world over. In the world of IT, I think this approach can also be applied.

It can be fun to imagine how the world of technology might be different. For example, home entertainment may have been very different if the war between VHS and Betamax had been won by the superior tape format. In another world, Blockbuster would have acquired the fledgling Netflix and continued to own film rental via online channels as well as more traditional sales. Perhaps the Post Office here in the UK would have launched itself as a broadband operator, rather than companies like BT and Cable & Wireless, in order to make a success of the rise of Internet shopping rather than concentrating solely on the last mile of delivery for post.

For this article, let’s hypothesise that cloud computing came to market earlier. For example, what if a savvy IBM employee had extended the mainframe model of multi-tenant computing services faster than the shift to mini PCs and client-server IT took place? This approach could have offered a cloud-style approach to delivering IT.

For business continuity and disaster recovery (DR), this would lead to an interesting dilemma. Imagine that the world of x86 servers and storage platforms has to compete in this “cloud first” world. Investing in DR would have two options: the cloud model, or the “new wave approach” of implementing your own infrastructure and operations.

Traditional DR implementations require secondary servers, licenses and storage assets. While this approach to delivering DR to the business can still be valuable – particularly when there are applications on specific hardware or that require certain skills to maintain – the secondary set of infrastructure is a big potential expense. For long-term backup, physical media like tape may also have to be implemented too, meaning further costs. This all has to be hosted somewhere, so secondary sites would have to be considered.

Justifying this level of investment – particularly in a set of technology assets that you hope you never have to use – becomes difficult. Why would a company buy in two sets of physical services or virtual infrastructure, when you can simply buy in a service?

For CIOs that are considering how to use cloud, it’s important to look at the end results. Thinking about this “alternate history” can help show where IT as an industry is sticking to ways of implementing strategies, like DR, because that is the traditional approach. It can also highlight specific areas where there are still problems to solve.

Companies may have challenges around regulation that may stop them making use of the cloud for all their critical data. However, cloud services have been developed that can take account those regulations, so this is becoming less of an issue. Local cloud services that are run by UK-based companies are an option when data residency issues are important, for example.

It’s important that we view the alternatives with an open mind.

Capitalising on the Cloud: Top tips for IT Leaders

Visibility in Hybrid IT – #CloudTalks with SolarWinds’ Christoph Pfister