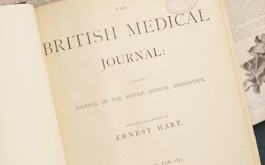 BMJ started out over 170 years ago as a medical journal. Now as a global brand, BMJ have expanded to encompass 60 specialist medical and allied science journals with millions of readers and have used Datapipe to help initiate a radical change within their organisation. BMJ have moved their digital platform to a fully automated shared-nothing architecture with virtualised infrastructure. In doing so, they have brought a new culture of sustainable development and continuous integration to the organisation.

BMJ’s story is a familiar one: Its infrastructure had grown organically over time as new sites, applications and features were commissioned. However, as it grew it increasingly built a technical debt.

“In a way, we were victims of our own success,” explains Alex Hooper, Head of Operations, BMJ. “The Technology Department’s focus was on getting the new products to market and there was little time to go back and revise the architecture. An expiring hosting contract and the subsequent review of hosting providers gave us an opportunity to pay off that technical debt and to design for the future.”

BMJ had become a 24-7 organisation in recent years and its product portfolio had become international in profile, so the capacity and availability for allowing downtime – scheduled or otherwise – was diminishing. It needed to change its culture and move to a sustainable development cycle of continuous integration and automation. However, it was also used to being in control and keeping everything in-house, so it needed a managed service provider (MSP) who could work in true partnership.

In order to find an MSP to partner with, they set a short task for the shortlisted vendors to enable them to demonstrate their expertise and commitment.

“Datapipe was the only provider that stepped up to and completed our challenge successfully. It set the foundations of a fruitful working partnership.” Hooper explains. “We wanted someone with the whole package; someone we felt we could work in partnership with. Datapipe had managed AWS; they did hybrid clouds; they could help us expand into China and they had the adaptability to work with us in the way we wanted. Some vendors draw a line – you’re either fully managed or not at all, but Datapipe had the flexibility and the know-how to work BMJ’s way.”

The process of moving infrastructure became the lever that could bring cultural change to the organisation and cement in place a new DevOps way of working in one of the oldest publications in the UK.

By the end of the move:

Sharon Cooper, Chief Digital Officer at BMJ says, “Datapipe delivered the infrastructure we needed to initiate a change of culture within our organisation. They worked closely with us and offered a professional combination of listening to our needs and giving advice to my team. Most importantly, we completed the change with zero-downtime, so our customers were not affected.”

Tony Connor, Head of EMEA Marketing for Datapipe says, “We are delighted to have helped BMJ build the foundations for change. It is exciting to be working with a company that has both a long, distinguished history and is also forward-thinking in embracing the cloud. The change has permeated beyond infrastructure and brought BMJ a new, modern culture of continuous integration.”

“BMJ has seen extraordinary change in its time. In recent history it has transitioned from traditional print media to become a digital content provider. With Datapipe’s help it now has the infrastructure and culture in place to allow it to grow its business worldwide and is well-placed to take advantage of technology such as the public cloud to cement its position as a premier digital publisher and educator.”

How to Control Cloud Repatriation with App-centric Infrastructure Performance Management

Why work with an AWS partner?