David Terrar of D2C, Agile Elephant & EuroCloud UK takes time out from Enterprise 2.0 to explain what social business is and why its increasingly important for your business.

As I’m writing this the Agile Elephant team are sitting on Eurostar heading back from Paris. We attended Kongress Media‘s Enterprise 2.0 Summit in Paris on Tuesday and Wednesday – I was speaking on a panel on strategic engagement and running a workshop session on project management and governance. This will be the first of two posts here. An introduction to the topic and the event, and then a conference report. We spent the two days talking enterprise 2.0, social business and open business… OK, what’s that all about then, and why should you be interested? Let me start by explaining a little of the background.

Where to start? Back in May 2006, Andrew McAfee of the Harvard Business School started the wider use of the term Enterprise 2.0 as a kind of business oriented evolution of the web 2.0 term that was around at the time. He defined it as:

“Enterprise 2.0 is the use of emergent social software platforms within companies, or between companies and their partners or customers.”

So the term (Enterprise 2.0) has been around for over 8 years, but during this current decade people have started to use the terms social business and social enterprise instead.

So the term has been around for over 8 years, but during this current decade the concept has evolved, and people have started to use the terms social business and social enterprise instead. This is problematic as the term social enterprise had already been coined by Professor Muhammad Yunus to mean a business with a social rather than financial purpose. That didn’t stop Salesforce, in 2011, branding their major customer and partner events with “Welcome to the Social Enterprise” and even trying (and failing) to trademark the term. Their definition of a Social Enterprise was one where social tools like Salesforce Chatter are used to connect and collaborate in new ways inside as well as outside of the organisation. These social tools, and there are many of them, can provide a very different platform for teamwork compared to sending files by email, which is the default collaboration approach in most organisations, albeit occasionally modified by having some sort of shared drive or intranet as the file repository. By 2012 Salesforce had dropped the term, but their shows declared “Business is Social”.

Social Business should not be confused with the term Social Media, although it uses social media channels. Social Media incorporates social networking, blogging, microblogging, forums, user generated content, crowd sourcing, RSS feeds and more. All of those communication channels might be used in a Social Business approach, but it will involve other social collaboration tools along with a major change of mind-set and culture for the organisation. A culture of openness, sharing and collaboration that goes hand in hand with what Forrester and others call digital disruption. This openness is the antithesis of the old, corporate, command and control hierarchy where knowledge was power, and you were motivated to hang on to information, a valuable currency to keep private for your own use.  That world is slowly changing.

This openness is the antithesis of the old, corporate, command and control hierarchy where knowledge was power.

Enterprise 2.0, Social Business – part of our current problem is that neither of those terms work very well, but the actual concept they are trying to describe can add real value to the bottom line in any organisation.  Social tools give your organisation the ability to connect your teams so they can collaborate together, with partners and with customers.  They allow you to share knowledge in new and easier ways.  When they are properly connected to your core business processes, they can add real value – improved sales, better customer retention, faster time to market – benefits with hard numbers against them.  Every organisation should be considering a move to Social Business – if you don’t do it you’re competitors certainly will.

The Summit had some great speakers – Dion Hinchcliffe from Dachis, Rachel Happe of the Community Roundtable, Dan Pontefract of Telus, John Mell of IBM, Emanuele Quintarelli from Ernst & Young, Bertrand Duperrin of NextModernity, Lee Bryant of Postshift, and Luis Saurez just starting his journey having left IBM only days ago. It was a packed agenda covering:

Every organisation should be considering a move to Social Business – if you don’t do it you’re competitors certainly will.

The event is sponsored by IBM (who have the Connections platform), SAP (with their Jam platform), Jive and a number of other players – Sitrion, Bluekiwi, Xwiki, NextModernity, Lecko. There might be over 100 social business platforms on the market, some of them are very good, but the players you’ll come across more often with the larger customers or number of implementations are IBM, SAP, Jive and Yammer from Microsoft.

It was great meeting our friends across from USA and Canada, as well as meeting all of the key European social business practitioners in one place and learning from some great customer case studies. Janet Parkinson, Alan Patrick and I were contributing to the tweet stream at #e20s and flying the Agile Elephant flag. We’ll blog there and post a show report here in a few days. 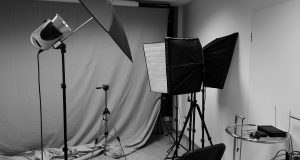 How to smarten up your video background at home

‘Tiny AI’: the next big thing in intellectual property?

5 ways to build a strong company culture across remote teams

The Future of Payments

2017’s lessons for the public cloud – a lawyer’s response

Cloud technology is key to making charities fit for the future