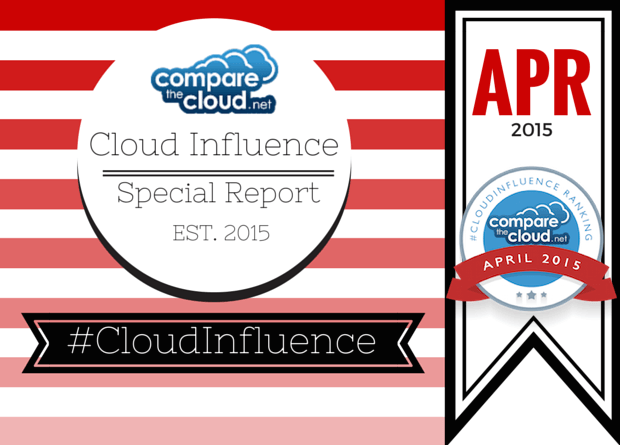 In polite conversation one is meant to avoid contentious topics such as politics, religion and sexuality, and the same normally goes for marketing, but occasionally there are key topics of principle where firms choose to take a stand. Salesforce Marketing Cloud took a very public stand against Indiana’s Religious Freedom Restoration Act, or RFRA, and this propelled Scott McCorkle, its CEO, into the limelight and into first position in the rankings.

Oracle executives John Stetic and Kevin Akeroyd were both widely quoted when the firm announced new features and capabilities for its marketing cloud. Similarly David Beebe was covered promoting the launch of Marriott’s new Digital Travel Magazine, arguing that: “Travel just lends itself to content creation and story telling.”

CEOs Jamie Reardon and Kumar Vora both shot to prominence promoting their services: Find Your Influence, a leading influencer marketing platform that connects brands with bloggers, and Acrolinx, a software platform for WCM.

Notable other appearances included Tony Sanders from Adobe and Dominic Citino from Sitecore, both of whom were widely quoted promoting members of their business partner channel. All the major players are reliant on their channel ecosystems to help drive the sales, as well as implementation and support for their marketing platforms. Indeed it was just such an announcement that propelled Sitecore business partner Perficient into the company rankings and its Sitecore Practice Director, Stephen Tynes into the opinion holder rankings.

And Paul Sieminski, a Republican who is the general counsel to Automattic, the company that operates Web-making tool WordPress.com, has been notably active in fighting for net neutrality, arguing that it is: “such a fundamental issue for the Internet.”

Normally we exclude commentators (press bloggers etc) from our rankings and focus instead only on opinion holders (those that the commentators quote in their articles). However for this special report we thought it might be worth highlighting a few of the top commentators. WordPress bloggers feature highly: Sarah Gooding and Jeff Chandler both blog for WPTavern and Jan Mylo has done so for WordPress Planet. With over 150,000 followers on Twitter, Jeff Bullas is a social marketing phenomenon. And the Content Marketing Institute, along with its publication CCO Magazine and main event Content Marketing World, is possibly the most influential platform for comment.

Computing and data advances on the final frontier

Pimp Your Hardware with Kingston Tech

IBM and Mayor of London Launch Tech.London for Startup Community