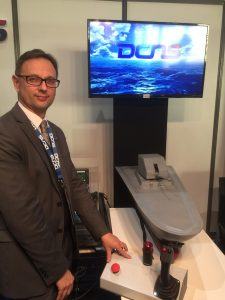 Long before I was a cloud pundit, I was a weapons engineering officer in the Royal Navy, but this was back in the late 1980s when the cold war opponents were Russian submarines in the Baltic and when the main systems on board had been developed in the 1960s or 1970s. Back then there wasn’t any sign of anything even as advanced as a PC on board. Things have moved on in the last 25 years – considerably.

IT managers everywhere are having to deal with the increasing volume and sophistication of cyber-threats – both those that are external and deliberate such as hacks and data thefts, and those that are down to incompetence such as data loss or lack of encryption. Modern warships are just like floating data centres with a combination of PC-based systems, Unix systems and more bespoke weapons systems. The only difference in the context of a naval warship is that once it leaves harbour the data centre is truly off the grid. One might think that having no direct link to the outside world might ensure complete security, but vulnerabilities still exist.

Just as hackers are able to hack corporate data systems, it’s possible for a small group or a state with the right skills to hack the systems of an enemy ship, to steal data, to take control of the ship, of its information system, of its weapon system or one of the many monitoring and control systems used for managing the ship’s mechanical systems from its power generation and supply to its propulsion and steering.

There are external threats that could come from a developer who has deliberately, malevolently or even accidentally introduced malware into a system or an item of equipment. Then there are threats from simple negligence and ill-informed use of compromised equipment by maintenance engineers or use of infected devices, CDs or USB keys by members of the crew.

[easy-tweet tweet=”Just as #hackers are able to hack corporate #datasystems, it’s possible to hack the systems of an enemy ship”]

While common sense and discipline among maintenance staff and crew is the first line of defence, Hebrard suggests that this kind of static protection in no longer enough and that dynamic protection through detection, responsive-systems, counter-measures is now best practice just as it would be to more physical threats such as a missile attack.

When an incident occurs and the detection of cyber-signals or other signs of cyber-attack triggers the counter-measures there may be limited cyber-skills on board so teams work in collaboration with shore-based operational security centres.


The human factor is addressed through best practices in cyber hygiene, in accordance, in line with the rules defined by of the national information system security agency (ANSSI). ANSSI also runs a national accreditation and certification program that all systems need to pass before being adopted for use on board French warships.

Integrating the various systems and minimising the cyber-threat is then down to specialists like DCNS. It believes in ‘Security by Design’ from conception to deployment, including both warranty and maintenance phases.

The unfortunately reality is that sailors have been picking up nasty viruses in foreign ports of call for hundreds of years. The difference now is that the greatest threat might well come from a virus on a discarded USB key or infected mobile phone. As ever discipline among the crew and dockyard staff is crucial, as is the protection afforded by experts such as DCNS.

The Power of Cloud: Helping SMEs Focus on the Bottom Line

Identity as a Service – #CloudTalks with OneLogin’s Charles Read LIVE...