According to Mary Berry and Paul Hollywood, The Great British Bake-off (which is now on air) is going “back to basics” this year. Forget baked alaskas, poviticas and technical challenges that only expert bakers could handle – and say goodbye to scandals like bingate. This year, the bakes will be simpler and entirely focused on creating food that delights. You could argue that cloud computing is in need of the same recipe.

Cloud computing has disrupted the market and caused a great deal of expectation and concern in equal measure. The business benefits – including a more flexible way of working, improved collaboration and reduced cost and risk – have been chronicled extensively. But simmering security issues have also been widely covered.

[easy-tweet tweet=”#GBBO is going back to basics in 2015, does #Cloud computing need to do the same? ” user=”comparethecloud” hashtags=”cloudoff”]

As cloud solutions have advanced and different models have come to the fore, complications have also arisen. For instance, the hybrid model addresses many issues pertinent to exclusive public and private environments, but it has also created complications around managing a diverse environment necessitating different tools for each variety of cloud. By failing to manage the overall environment businesses face rising costs and a poor outcome; a bit like serving cake with chips.

However, by bringing everything together to create a coherent, cost effective and high quality service, businesses can thrive. Given these challenges, organisations are now taking a more balanced approach to cloud computing. They’re recognising that small, considered changes can make a big difference.

Baking a great cake takes far more than just throwing flour, eggs, sugar and butter into a bowl. There is an art to how you combine the right ingredients. And when we talk about ‘cooking up a storm’ there are a number of comparisons to migrating to the cloud. Admittedly the metaphor takes some imagination but bear with me – the similarities are worth digesting.

Benjamin Franklin once said, “By failing to prepare, you are preparing to fail” and “an ounce of prevention is worth a pound of cure.” The best bakers plan ahead by ordering their ingredients in advance, preparing the area, wiping down the worktops and lining-up their utensils. This preparation extends to considering the sort of ingredients that they want to use. For instance, do they need to buy a certain type of flour or research a vegan cake?

Successful organisations similarly plan ahead by clarifying their business objectives and needs by considering their approach. Imagine the cloud environment as a mixing bowl. Before steaming ahead, organisations need to consider what applications are right for cloud deployment and the security measures needed. As a general rule of thumb, non-critical, non-sensitive data is well suited for the public cloud. It’s an economical approach and there shouldn’t be any reputational or organisational damage if data is compromised. It’s a bit like buying own-brand chocolate. You might be wasting money by baking with Green & Black’s. However, in some cases, more expensive ingredients or appliances can make all the difference. Invest where you need to.

In the same vein, organisations are considering which applications, (i.e. business critical ones) are best placed in a private, managed cloud, with high levels of security to protect against malicious access or data leaks. Often a hybrid cloud, which combines aspects of all, is the best solution for a business.

When considering your approach to the cloud it’s important to bear in mind that data classification can change and it’s not always simple to follow. For example, in the public sector G-Cloud accreditation previously provided organisations with clear and stringent guidance in terms of classifying data. However, this classification is misleadingly lax. In practice, the onus is on the organisation to make the right decision to put the correct security measures in place. This can only be achieved with a thorough data management strategy which applies differing levels of control to different data sets. This means companies must go above and beyond to ensure the correct structures and fail safe options are in place to avoid future data loss, reputational damage and even a hefty fine from the Information Commissioner’s Office. In many situations, extensive internal knowledge or a partnership with an expert in navigating cloud architectures is a must. 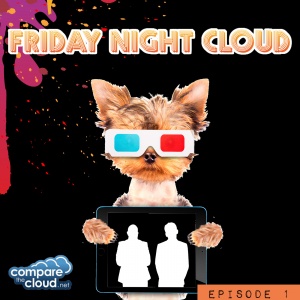 Similarly, bakers’ take advice from others, following recipes and using defined measurements for a reason – to prevent failure further down the line. For instance, there’s a reason why a chef sifts flour, why you need self-raising flour or baking powder, why you should measure carefully, pre-heat the oven and use ingredients such as eggs and milk that have been kept at room temperature.

The Great British Bake-Off scores cakes according to presentation as well as taste. Food commentators often remark that ‘we eat with our eyes’. For bakers, the magic happens when they bring the different ingredients together to create the perfect cake. Similarly, the business impact is felt when a public and private cloud is ‘wrapped’ in a management layer, to ensure the cloud environment is aligned to business goals, security is adequately reinforced and the right type of encryption and processes are automated to systematically identify and fix issues. This is the point at which we can separate the amateur bakers from the professionals.

One aspect that doesn’t apply to the baking analogy is the speed of change. While baking appliances have evolved, tried and testing baking techniques still prevail; whereas the development of cloud computing has happened at pace since the start of the century and continues to accelerate.  According to UK analysts, TechMarketView, cloud computing will grow more than 20% annually between now and 2018.

In the public sector specifically – while some areas don’t have the same cloud-first policy as central Government – the transformative benefits are recognised and progress is being made.  However, uneven innovation often leads to a piecemeal approach and the recipe for success in this fast moving environment is an integrated approach. To bake a great cloud, organisations need to take a complete infrastructure approach, with a clear idea of what they want to create, the set of ingredients required, the steps they need to follow to build the right cloud environment from the outset and the satisfying result they want to create. Bon appétit!

Supply chains | is the Blockchain the answer?

Solving health challenges: collaboration and innovation in the cloud

Why Progressive Web Apps (PWAs) are so valuable