Compare the Cloud
Home Articles Head in the sand – or ahead in the Cloud? 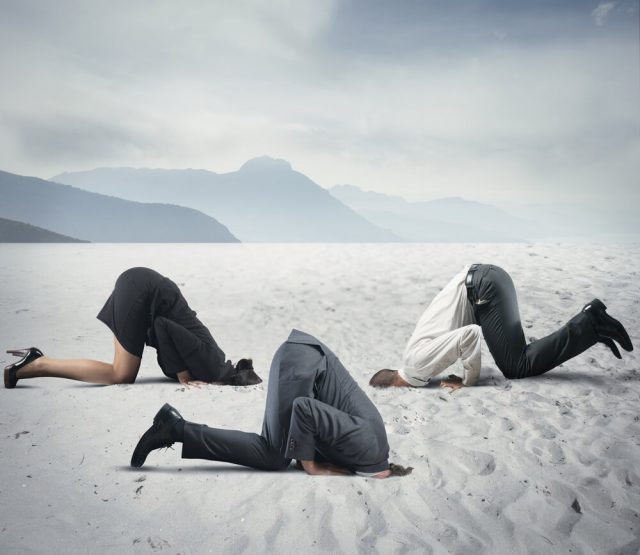 Cloud computing, forecast to become a $150 billion industry by the end of 2015, is not only growing, it is transforming almost every industry. And it could transform TV and broadcast media too. Although the cloud is increasingly being used to help companies distribute media to content delivery networks and social media, it’s not yet being fully optimised to improve the expensive and sluggish first mile of content creation. So why is it that so many senior executives still have their head in the sand – when they could get ahead in the cloud? Aframe’s David Peto examines the footage.

The proliferation of digital, mobile and social media has spawned a new and burgeoning competitor in the war for viewing figures

The challenges for broadcast media are familiar to everyone. The proliferation of digital, mobile and social media has spawned a new and burgeoning competitor in the war for viewing figures: the consumer. In the age of the smart phone, everyone is a cameraman. And in the era of YouTube and Twitter, everyone has an outlet.

Worse, in a market led by an insatiable consumer thirst for instant gratification, traditional media companies risk being left behind.

To satisfy the appetite, broadcast media conglomerates are bolstering human resource to meet consumer demand, but they remain hamstrung by dated processes that slow down the time it takes to get footage from camera to screen.

To conquer the problem, executives need to eradicate the obvious inefficiencies that are hindering progress – and many of these are right at the beginning of the production cycle.

It would be disingenuous to suggest that media conglomerates are not currently embracing the Cloud. They are. But many have simply focused on using it for distribution at the end of the process.

The ‘first mile’, however – that cost centre and home to crucial workflows for getting content into the system and working with it before it is broadcast at the other end – remains sluggish and inefficient.

Despite disparate video journalists being poised in all manner of remote places, the race to get content to air as quickly as possible is still compromised. And, to compound the problem, broadcasters face the ever-growing issue of multi-formats. Footage may – eventually – reach its chosen destination, but if it’s in the wrong format, the process is again significantly slowed down.

There is a widespread need to democratise the chaos of modern production. But with standardised formatting unlikely to happen any time soon, broadcasters need to find a solution to the problem.

Improving the speed and efficiency of the ’first mile’ content creation process and delivery can help media conglomerates reach the last mile of distribution so much quicker. This brings the major benefits of cost-reduction, improved competitiveness and increased profitability. And the solution is already out there.

The time is now for media conglomerates to address the content creation piece of the broadcast workflow and its classic inefficiencies, for which cloud computing and particularly its multi-tenancy, and the ability to support many discrete users, is a real opportunity. A truly end-to-end solution can significantly reduce the time and cost of getting video from camera to air.

But it’s important to remember that all clouds are not equal. Media conglomerates need to look for a partner that not only understands the specifics of broadcast media, but whose cloud solution has the speed and stability to support multi-use, reliably and securely.

Specialist cloud video production solutions can help overcome ‘first mile’ costs and challenges. They can save companies a lot of money up front, and help them become more profitable by winning the eyeballs they so desperately need. So senior decision-makers at today’s top media conglomerates face a clear choice: do they keep their head in the sand, or do they get ahead in the Cloud?

The secrets of a successful big data implementation

Colocation and The Cloud

GDPR | The biggest ever shake-up of Cloud contracts?