David founded Aframe with a vision to create a cloud platform that is powerful enough to handle the huge volumes and myriad formats of video production, but is simple enough that anyone could use it.  He’s taken this idea from a one-room office covered in post it notes, to a global business with offices across the UK and US, raising significant Venture Capital funding along the way.

Starting his career as a producer, David took his last company, Unit Post Production, from idea to a turnover of £3.5 million, staff of 50, and top ten industry ranking in two and a half years, before selling out in 2009. 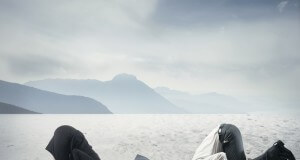 The Weather’s about to Change: Fog Computing is Drifting Down from...

The importance of choosing the right channel partner

30 Oct, 2017
© 2018 COMPARE THE CLOUD LTD. All rights reserved.
This site uses functional cookies and external scripts to improve your experience. You can accept or decline cookies here.AcceptDeclineCookie Policy