It can be difficult to know when we’re talking to a real person or an automated-response-bot when we are seeking help online, as the abilities of such bots become more and more human-like and advanced. Chatbots have become increasingly popular with businesses as they can provide automated replies to customers at all hours of the day (a task beyond human abilities), and instead of hiring new staff for the role, they can design a chatbot that can meet specific requirements. The creation and use of chatbots result from the widespread rise in AI deployment. The most advanced chatbots run via artificial intelligence, giving them the ability to comprehend complex tasks and produce personalised responses. The utilisation of chatbots is a part of a larger transition in the way businesses access and help their consumers.

Chatbots are a feature of an increasingly time conscious and automated customer experience. In the same way that more and more people are likely to choose to use self-checkout point at the supermarket to avoid the added time expense of social interaction, chatbots give people the ability to get quick and concise information at any time. Chatbots can automate hundreds of interactions during a single day, which is a task that would take traditional workers many hours. This time that employees save can be spent on other tasks and can dramatically improve productivity. Optimising engagement can be a difficult feat, but chatbots can aid this by communicating with customers on the behalf of a company.

There has been debate concerning bots vs apps, suggesting that one must replace the other, but a hybrid of both can be the most effective approach. Rather than having to message a bot and hope for an accurate and helpful response, when integrated into an app, dashboards, social media, email and more can also be used to seek out information. Chatbots can guide people through the app and provide options of what to click on etc, in order to provide a more accessible and curated experience for the customer. Relying solely on a chatbot can cause problems, as they can actively move your money if you request it and if a mistake is made, it may be complicated to fix. Instead, within an app, it makes it easier to track processes and amend request and seek further help through links and email.

In April 2016, Facebook announced their plans to allow businesses to provide automated customer assistance and interaction through chatbots on Facebook Messenger. By enabling the Facebook Messenger app to be used for people to access a variety of chatbots, a users interaction with a chatbot becomes much simpler and loyalty to the Facebook brand is increased. Since Facebook and other messenger providers like Kik began to incorporate chatbots into their apps, the chatbot market has ballooned. Developers have experimented with public figure Chatbots, including Shakespeare Chatbots.

Although chatbots have only started to become mainstream in recent years, in 2001 AOL created a system called SmarterChild on its messenger service AIM. SmarterChild could inform the user of weather information and the latest news. The system struggled to answer complex questions and could only offer default answers to some, and therefore, it is the advancements that have come about recently and the evolution of the technology that gives chatbots tremendous marketability.

The excitement that a chatbot provides its users as they ask it endless questions to test its abilities shows its novelty appeal, but the technology can be deployed to aid a user’s budgeting and planning and has potential to provide far more than a novelty experience. An example of a bot integrated into the Facebook Messenger experience is Cleo, an AI financial assistant bot that can analyse your spending habits and keep you on track with a budget of your choice by alerting you to your spending, and even offering the option to transfer money. The bot uses ‘bank-level encryption and security practices’, and therefore cannot do anything with your money without your consent.

With chatbots replacing some interaction traditionally communicated between humans, the difference between interactions with machines and fellows humans is a significant consideration for users and developers. A considerable difference between chatbots and people is the struggle of chatbots and AIs to pass a modification of Alan Turing’s “The Imitation Game” test (introduced in 1951). The original test consisted of three rooms, each connected via a computer screen and keyboard to the others. In one room sits a man, in the second a woman, and in the third sits a person referred to as the “judge”. The judge’s role is to decipher which of the two people talking to him through the computer is the man. A modification of this test was then carried out in which the judge must decide which is human and which is a machine.

So far, no Chatbot has passed the Turing Test as the technology is not at the stage where it is flexible and able to understand the context of interactions to the same extent as humans. If  Ray Kurzweil, Google’s Director of Engineering, is correct in his predictions AI will reach human intelligence by 2029, and chatbots should have no problem passing the Turing test. 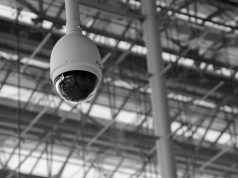 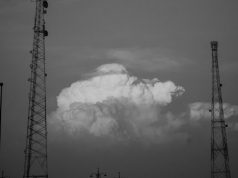 Cloud-Native vs Cloud-Enabled – Are You Using the Right Term?

Beyond the classroom | How technology is changing schools

Don’t let a traffic spike become a Sword of Damocles