What do the winklepicker, the majestic perm and thin client computing all have in common? One answer could be that they have all had their day – more than once. Trends are often said to go in cycles, but some would argue these ones never really went away and that they’ve been plugging away in the background, waiting to be reborn once again.

Thin client computing refers to a network of machines with limited inbuilt processing power and memory. These devices work by using a mainframe to provide central processing and storage. Traditionally, this involved a user working at an output device, or display monitor called a dumb terminal. These had very little computational power to do anything except display, send and receive text.

A dumb terminal did not have much processing power or memory, so the user couldn’t save things locally. Their use was very limited and was mainly reserved for inputting data – believe it or not, they didn’t even have Minesweeper. 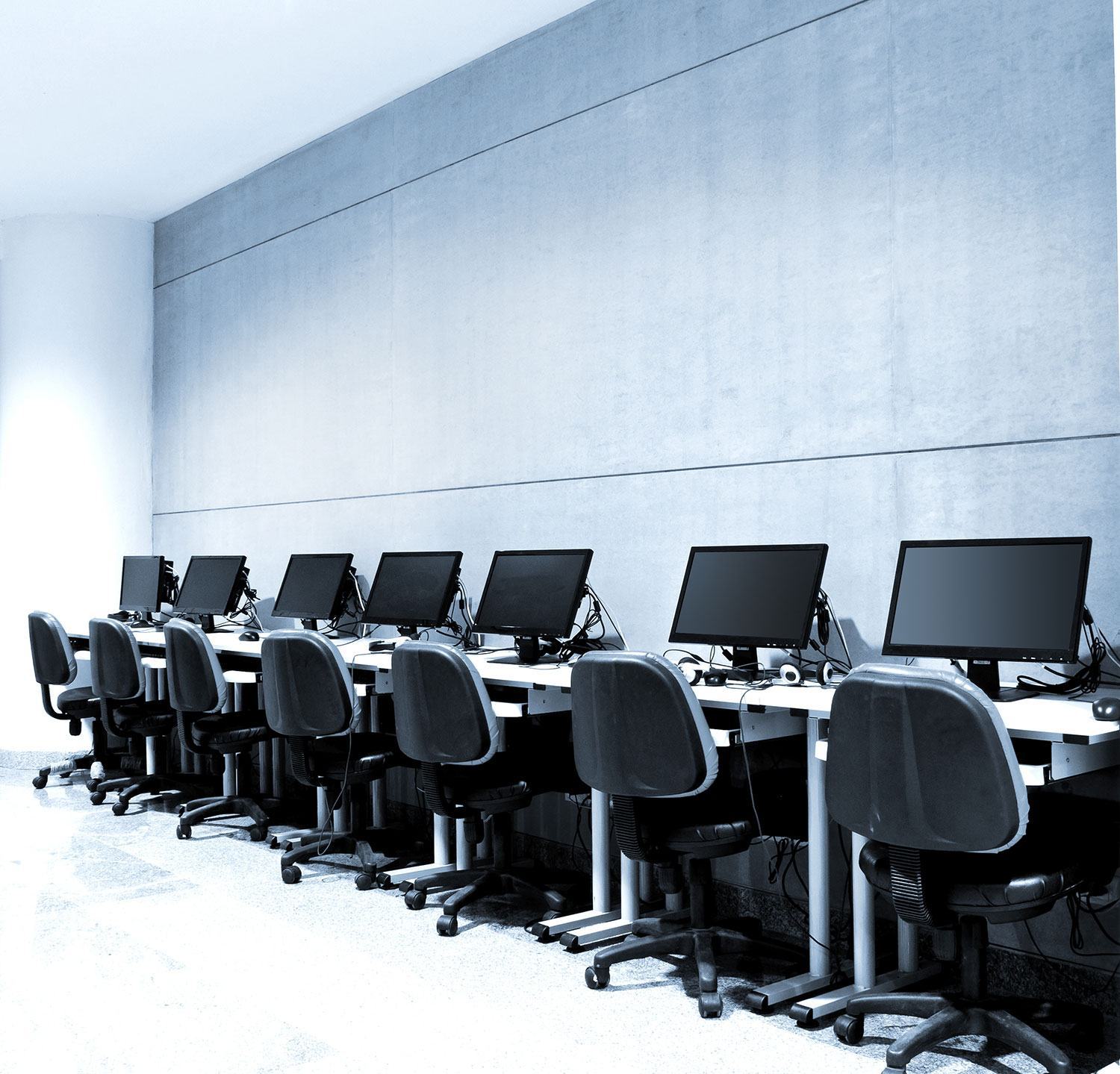 Similar to the perms of 80s footballers, the benefit of thin client computing was that it was rugged and required infrequent and inexpensive maintenance. Terminals had no hard drive, fans, motherboards or inputs that could break down, so maintenance was relatively inexpensive.

In comparison, modern PCs – even industrial PCs – are expensive to maintain. Operating system vulnerabilities, constant patching, patches that break other applications and users downloading viruses are just some of the issues. Not to mention the added cost of renewing licenses for anti-virus, firewall, office suites and operating systems. Even if properly secured and administered, things can go wrong for a variety of reasons.

In the 1970s and 80s, thin client computing was a staple in many industries

In the 1970s and 80s, thin client computing was a staple in many industries until the 90s rolled around and brought with them house music and the rise of PC networks. These had their own processing power and the humble dumb terminal and mainframe became overlooked, with many predicting their obsolescence by the dawn of the millennium.

However, like many trends, thin client computing never did truly die out. Sectors from finance to government services continued to use thin clients because of their reliability, security and simplicity.

This brings us to using thin clients with the cloud. Improvements in thin client hardware, software, connection protocols and server technology have meant a resurgence of thin client computing in a cross section of industries.

In the past, thin clients were not quite able to deliver the power needed for high performance demands, but not anymore. Mainframes and dumb terminals have now given way to high-performance cloud-based workstations that you can carry around in your pocket.

One of the main advantages of thin client computing today is that when smartphones, tablets and thin client computers are combined with the central processing power of the cloud, they enable users from multiple locations to send files to each other with ease. Or work on live documents where there’s no confusion about the latest version or revision.

Security has taken a step up too. Encrypted access to private clouds also means thin client computing can actually be safer than PCs.

Furthermore, thin client computing negates a common problem with PCs in the workplace: users plugging in infected USBs. Many thin clients don’t have USB ports for this exact reason, or their USB ports can be deactivated to protect the network.

The moral of the story is that you should never dismiss a technology just because it’s obsolete, or considered to be so. The technology columnist Stewart Alsop famously stated the last mainframe would be turned off in 1996, but they’re still going strong today and Alsop was later forced to eat his words.

[easy-tweet tweet=”Never dismiss a #technology just because it’s obsolete, or considered to be so says Jonathan Wilkins”]

Similarly, the world of industrial automation still uses many obsolete motors and inverters that meet current energy efficiency standards and can fit into your Industry 4.0 applications, if you give them a chance. Sometimes you have to go backwards to go forwards. You never know, 2016 could be the year we start seeing footballer style perms again.

Oracle Database in the Cloud: Azure vs AWS vs Oracle