Big Data promises to bring a huge number of benefits to society. The ability to analyse the wealth of information created each day could enable customers to benefit from more relevant services and businesses to identify new revenue streams. However, there is already some growing resistance to how big data is being collected and how it is being used.

Most individuals understand, and accept, that the amount of data being created is increasing rapidly – 90 per cent of the data available today has been created in the last two years – but the type of data being used without permission is sometimes less easy to swallow. Consumers are beginning to question whether the collection and storage of certain kinds of data actually offers them any benefits and if they have any claim over their own data at all.

When it comes to specific industries, individuals are usually receptive to personal data use where a clear utility is easily demonstrated. In the education sector, for example, the UK government has enabled academic researchers to access data under secure conditions to help identify and plug some of the country’s skill gaps. There are now calls to extend this and as long as privacy and anonymity is maintained, it could provide a major talent boosts across several industries. Earthquake prediction, healthcare research and many other examples of big data projects are also easy to justify.]

But sometimes big data is less obviously useful and certainly less transparent. The retail industry, for example, is beginning to find that there is a fine line between personal data use that is seen as relevant and that which is viewed as ‘creepy’. A recent study by RichRelevance found that 72 per cent of UK shoppers found personalised product recommendations based on purchasing habits useful, but other forms of data use were less welcome. Seven in 10 found facial recognition technology ‘creepy’, while 76 per cent felt that being greeted by their names as they entered the store was unsettling.

A similar report by CSC also found using smartphone and other forms of digital data to monitor customers was intrusive. 73 per cent of respondents were either not comfortable at all, or not particularly comfortable with in-store behaviour tracking and 71 per cent felt similarly about recording information such as gender and age whilst shopping. Clearly, when customer analytics is used to provide a customer benefit then it is less likely to be questioned, but even in this instance there are more nuances to consider. 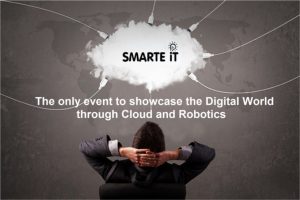 There is a generational gap emerging when it comes to the collection of personal data, which emphasises that education and, indeed, time is needed before any new technology is fully accepted. The Royal Statistical Society discovered that younger people are more likely to trust organisations to use their data responsibly than older individuals. When surveyed, those aged 16-24 gave Internet companies a mean trust in data score of 4.5, compared to a score of just 3.4 for those aged 55 to 75.  The discrepancy may be partially the result of digital natives being more accepting of new technologies, but it is also worth noting that trust is not particularly high across either age range.

Transparency is often missing when it comes to big data collection and it is this aspect that is likely to make both young and old uncomfortable. This isn’t only the case when it comes to covert, mass data collection programmes run by national governments, taking a look at the list of permissions that you’ve agreed to when downloading an app highlights that we often willingly, but unthinkingly, allow huge quantities of data to be shared every second of every day.

It is important not to descend into scaremongering. Big data and analytics is not just about delivering targeted ads that bolster corporate wallets, it could drive medical efficiencies that save lives, or help urban planners build better infrastructure that benefits millions each day. Data is here to stay and it is only going to get bigger, supplemented by IoT devices and wearable gadgets. What must change is how organisations communicate this data use to the public. What is it going to be used for, how is it collected and what are the advantages? Only then will consumers view big data in terms of its practical benefits rather than its privacy concerns.

The Importance of Artificial Intelligence in Space Technology

From Mt Gox to Now | The Crypto Exchange Transformation