As IT teams are finding themselves under pressure to ‘do more with less’, the demands on enterprise infrastructure, including compute, networks and storage, are increasing exponentially. Not only is the infrastructure deployment required to be automated, secure and agile but it must also operate at much lower costs. Viewed as cumbersome and process-driven, ‘standard’ infrastructure deployments are no longer enough to meet the needs of today’s businesses.

As a result, companies are utilising technologies such as software-defined networking (SDN), which allows a greater flexibility in network architecture that wouldn’t have been previously considered possible. Shifting data centre workloads to the cloud enables enterprises to achieve elasticity that helps accelerate speed of innovation, create sustainable differentiation, and safeguard customers.

This has led to virtual infrastructure, such as that provided by VMware, becoming a critical component of the modern enterprise, providing limitless potential for scalability and functionality. The adoption of software-defined data centres (SDCC), in particular, is gathering momentum. Indeed, VMware suggests that most organisations already have removed physical compute components in their data centres, with the majority virtualising between 50 and 100 percent of their servers.

Can you give us an example of the benefits?

One of the best-known virtualised SDN technologies is VMware’s NSX platform, which forms the networking and security foundation of the SDDC. Structured in a completely different fashion to traditional network design – think 16 million Virtual Extensible LANs (VXLANs) deployed across a new network, compared to four thousand in a traditional VLAN design environment – it allows flat networks to be built exceptionally quickly to keep up with demand. It also offers micro- segmentation to support fine-grained security policies for individual workloads and automated policy provisioning for quick deployment.

However, the adoption of virtualisation and SDCC technology presents businesses with new challenges to overcome.

What are these challenges?

The complexity of the services delivered in these environments and their interdependencies with the virtualised and geographically distributed infrastructure is unprecedented, and without proper visibility into these new environments, businesses are unable to assess their security posture, or whether services are performing as they should.

Why is visibility so important?

Visibility into NSX environments is of huge benefit to the DevOps function, for example, whose role in an organisation’s digital transformation is to develop new applications and refactor existing apps to make them compatible with virtualised and hybrid cloud environments. In a microservice architecture, which is quickly adopted by DevSecOps teams, multiple fine-grained and loosely coupled services will have to frequently communicate by utilising RESTful APIs and messaging.  But, as these services increasingly communicate with each other, complete visibility of the traffic going across these new, complex and often hybrid networks will be vital in understanding the conversations taking place.

How can we achieve this visibility?

It comes down to being able to see network communications which, even though there may not be any physical wire to speak of, is all wire-data. This can be distilled down to create actionable and insightful smart data – metadata based on the processing and organisation of wire-data at its point of collection and optimised for analytics at the highest possible speed and quality. Delivered in real time, all teams – Dev, Sec, Ops, and QA – can use this smart data for common situational awareness, and to make decisions that increase efficiency across virtual networks.

What does this mean for a VMware deployment?

To realise the benefits of SDCC technology, organisations need deep insights that go beyond traditional North-South traffic views, and span the entire virtualised infrastructure, from the perimeter to the edge. Full and complete visibility of all traffic is crucial, from North to South, and from East to West. After all, when an organisation runs hundreds and even thousands of applications and continuously delivers new releases utilizing agile technologies, microservices and virtualised environments, the clear waters we’re used to when delivering new applications by utilising waterfall methodologies, monolithic software architectures and physical environments, suddenly become an awful lot muddier.

Only through having smart data insights based on full visibility can businesses gain a complete view into application performance, security assurance, and user experience. Without it, they risk blind spots, which can hinder innovation, efficiency and security, while increasing the risk of outages and downtime.

As the pressure on enterprises to deliver new applications and services faster, with higher quality and security continues to grow, an organisation’s digital future will depend on its ability to gain an end-to-end visibility into its infrastructure, applications and their respective dependencies. 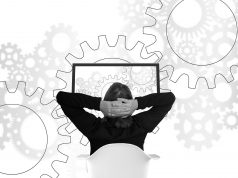 How Could an IT Consultant Benefit You? 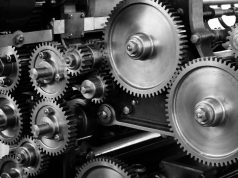 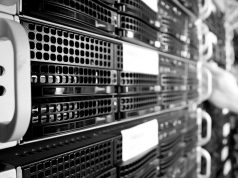 Artificial Intelligence: The Problem with Perfection

Smartdust coming to a computer near you