The finance department is changing. Companies no longer rely on manual, spreadsheet-based practices when it comes to their internal finance processes. According to research carried out by BlackLine in 2015, almost 80 per cent of UK financial decision-makers acknowledged that using cloud-based applications to automate and control key financial processes would have huge benefits.

Since then, we’ve seen more and more large and mid-sized corporates adopting what we call a ‘Modern Finance approach’ – using process automation to ensure their internal financial processes are completed on time, accurately, and comply with regulation. This approach not only makes it easier to spot potential errors and late reconciliations, it saves huge amounts of time for accountants at month-end, ensuring happier, less stressed staff and, ultimately, fewer errors. But what’s the next step for businesses embracing automation?

Modern Finance today – the future of finance is now

For those not familiar with the term Modern Finance, it refers to a form of process automation designed specifically for the finance and accounting function. BlackLine was actually the first company to develop a software-as-a-service (SaaS) offering to respond to this need. Software like BlackLine’s original account reconciliation solution enables accountants to upload numbers to a secure, automated system that makes it simpler to complete reconciliations each month. Hours of time wasted manually inputting data are saved, costs are reduced through the elimination of paper-based files (auditors can log into a BlackLine portal to review past financial statements, rather than rifling through ancient box files full of Excel documents) and accountants are able to spend their time on other tasks, such as supporting the CFO on strategic business decisions.

Recent research commissioned by BlackLine found that over 40 per cent of UK financial decision-makers (FDMs) don’t have total faith in the accuracy of their data. This is up from 27 per cent in 2014-15, which is a concern. Accounting teams are up against more and more restricting regulatory changes, plus the ever-present threat of cyber-attacks. With threats like these hanging over them, it’s not surprising that many CFOs and other FDMs feel they can’t completely put their faith in company financial data. However, it also uncovers a genuine issue – data inaccuracy.

Whether accidental or by deliberate action, an error on a spreadsheet can cause carnage for a business. Thanks to Modern Finance applications, however, it becomes much easier to spot an inconsistency. CFOs and Financial Controllers no longer have to trawl through Excel documents to locate a potential error – it is easily highlighted on their dashboards.

Adopting a Modern Finance approach makes staff happier, too. BlackLine’s recent research found that a worrying proportion of accountants are looking to leave the profession – because they feel they aren’t being given the right tools for the job. Businesses neglecting to explore Modern Finance practices are putting their entire departments at risk by allowing accountants to become stressed and overworked – not to mention missing out on the benefits of automation. Whilst we’ve seen a significant increase in companies embracing Modern Finance, there is still a great deal to be done in terms of educating accountants and their managers about the benefits.

Continuous Accounting: The next step

Despite the struggle still faced by many accountants, the Modern Finance movement is picking up speed. BlackLine now services over 1,300 large and mid-sized businesses worldwide, a number which continues to increase as well-known brands such as British Gas, Western Union, and LV embrace a Modern Finance approach. But what’s the next step in achieving maximum efficiency in the financial close?

The answer is: Continuous Accounting. We’re all aware of the concept of Continuous Development – the idea that software can be developed, tested, deployed and upgraded continuously. BlackLine has applied this concept to finance and accounting, in conjunction with the launch, late last year, of a new suite of applications designed to take Modern Finance as we know it to the next level. Continuous Accounting dispenses with the traditional ‘record-to-report’ process accountants use, which follows a rigid, step-by-step process, replacing it with a more ‘continuous’ process. 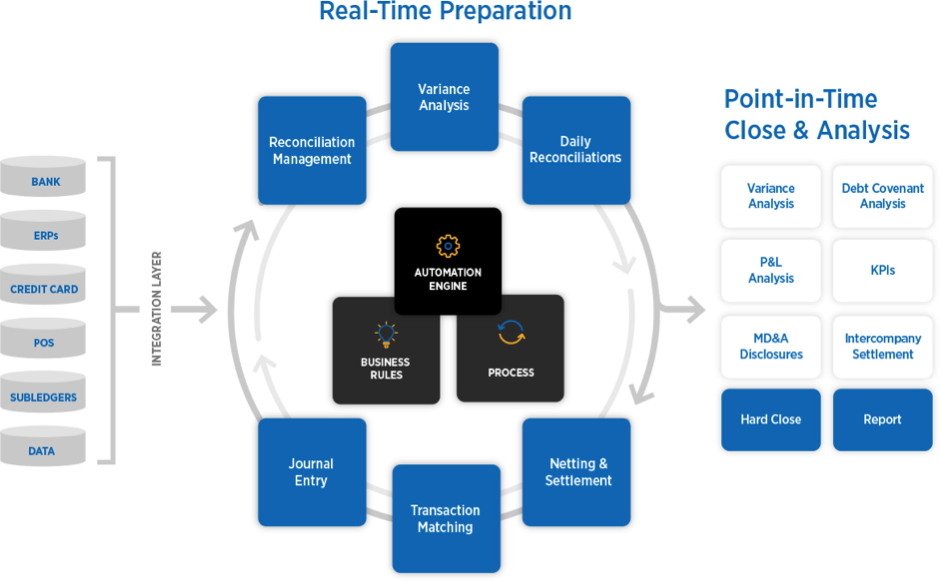 Continuous Accounting enables team members to smooth out the workload peaks by automating certain activities earlier in the period, for example zero balance account reconciliations. This means that there is no spike in activity at month end, where accounting departments rush to close off all reconciliations. Workflow is dramatically improved, meaning even more time is saved.

Will Continuous Accounting catch on?

Of course, our view is that it will. In an ever-changing business environment, security is under greater threat than ever, from both internal and external sources, both malicious and unintentional. This, coupled with adherence to increasingly stringent and changing regulations, shows a need to embrace a new way of working. The initial success of the Modern Finance movement shows us that there is a better way to deal with finance processes – a more continuous way – that will change the way we work, ultimately, for the better.

Host Your Cloud In The UK

The damaging effect of cloud outages, and how to stop them

How Creative Businesses Can Get The Most Out of AI’s Immense...