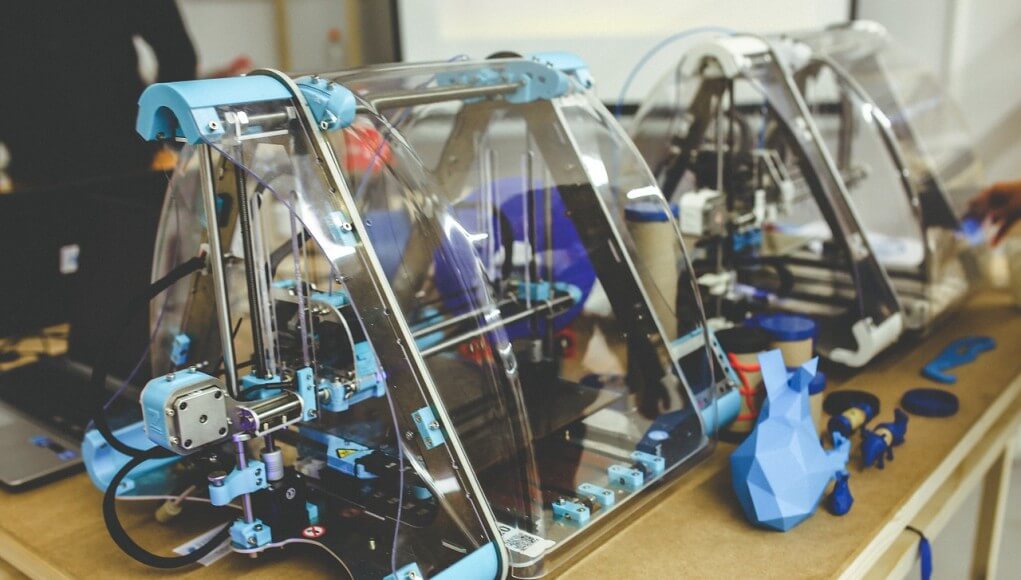 Undoubtedly, one of the most exciting technological breakthroughs of recent times is 3D printing. This fantastic new process, also known as additive manufacturing, is capable of producing real objects with three dimensions rather than two-dimensional paper printing. The possibilities are endless, as anything from trinkets to a full-sized car prototype can be built using 3D printing technology. Besides the novelty aspect of it, there is a sizeable impact it can have on your business as well.

Until now designers and developers have had to compromise with designs by printing out two dimensional renderings or diagrams on paper, but not anymore. With 3D printing, the designer can actually produce a real, physical manifestation of what he has designed. There are several methods of the 3D printing up and coming in the industry. Fused Deposition Modelling printers have a tube similar to inkjet printers. Heated material is pushed through the tube, and printing is done layer by layer till the final product is achieved. Similar to Laser Printers, Selective Laser Sintering units operate by shining a high-powered light beam onto a “bed” of powdery-soft resin, thus hardening it to the particular shape. Another method, stereolithography operates similarly, but with liquid resin.

Some Effects 3D Printing Could Have on the Industry

Statistics indicate that additive manufacturing is an industry worth two billion dollars today, and this could shoot beyond 6 billion by as early as 2017. There is no doubt that the most important application of this is in developing prototypes. In any industry, for example the automobile industry, initial prototypes are designed on computers and then rendered on paper as technical drawings. This is then explained to engineers who implement it into the production line and develop final parts. These parts are then approved, tested and reproduced, then assembled to form the final product.

What 3D printing could do is eliminate some of the intermediate steps. Instead of designing flat prototypes, CAD programs are used to develop three-dimensional renderings of the entire product or of the parts needed, and then these are fed into the 3D printer. Soon, the printer is able to produce an exact prototype of this design, to scale. This can be approved immediately and sent into production, hence effectively eliminating several visualisation steps, and saving time and money.

Efficiency: The 3D Printing process involves much fewer processing steps, less time, less energy and fewer employees needed in the assembly line. It minimises wastage, and hence allows you to use your resources more efficiently.

Small Lots: Instead of mass-producing parts and products, you can simply create the finished product through additive manufacturing, thus not wasting money on excess production and inventory costs.

Reverse-engineering: Instead of studying legacy systems and taking them apart to understand how they work, they can now be fed to a scanner, modified through CAD programs and then produced through any 3D printer.

Instead of replacing the classic manufacturing process, additive manufacturing is revolutionising the process as we know it, and making it more efficient. It is capable of producing lightweight, simpler parts which earlier could not have been assembled through traditional processes.

Widespread Scope of This Technology

The scope 3D printing is not limited just to industry. From the medical to the defence industries and even to aerospace, electronics, tooling and energy industries, what was once a complex prototyping method is now being considered to be the future of digital production and manufacturing.

Medical industry: CT scanner parts, ducts and several types of simple equipment can be produced by additive manufacturing. In surgical situations, where the doctors are not able to visualise the situation, but cannot risk exploratory procedures, a simple camera can be used to get an idea and a 3D model can be developed to better understand the situation. Implants and prosthetics can also be manufactured this way.

Aerospace industry: Complex parts like fuel nozzles and the like are difficult to manufacture. Thanks to 3D printing, they can now be implemented easily using advanced light materials ranging from tungsten and ultem to stainless steel and several others.

Consumer Electronics: As the need for portability increases, simpler products with embedded electronics can be built by additive manufacturing.

[easy-tweet tweet=”#3Dprinting will change the Medical, Aerospace and Consumer Electronics industries in the future” user=”comparethecloud”]

In all customisation areas, production costs are very high. Additive manufacturing reduces the number of cycles needed to churn out the products and gets the job done in a faster and a cheaper way. New geometrically complex methods and designs which would be difficult to implement through classic methods can now easily be incorporated into the production line. To know more read up on additive manufacturing online or visit a trusted provider near you.

It is safe to say that if the 3D printing progresses at a steady rate, it is indeed the future of the  manufacturing industry, but it is going to take a while before 3D printing is recognised, adopted and implemented as a global standard.

The Growth of Cloud Computing in China