Co-founder and CTO at Cube52

Matthew Munson began his career in internet hosting as a teenager with a few hundred servers located in a building converted to a datacentre at his parent’s property in Maidenhead. It all started as a bit of a hobby to help his mother give a web presence to the local Neighbourhood Watch scheme quickly grew into a business with promise - PoundHost.

In 2006, Munson teamed up with local property guru Robin Ellis to create BlueSquare Data, a group of data centre companies which included PoundHost as part of it hosting division. BlueSquare Data gained a name for itself as one of the primary data centre providers in the UK, resulting in a multi-million pound acquisition in 2010.

Munson and Ellis recently reinvested £3 million from the sale of BlueSquare Data and spent last two years developing Cube52, a private and hybrid cloud solution provider. The Cube52 platform can be white labelled to enable the partner community to build and deploy its own branded applications on an infrastructure that can scale; from dedicated private cloud to fully elastic public cloud.

Committed to creating a productive and rewarding cloud experience for their customers, Munson and his team invested heavily in technology innovation and launched Cube52 in March 2015.

Outside of work, Matthew enjoys a passion for anything to do with cars, motor racing and aviation, and participates in all three activities in his spare time. Matthew is married with a young daughter. 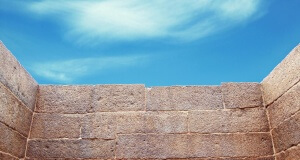 IoT helping to empower the building industry and create the zero-energy...

Predictions for regtech in 2019

How machine learning can give you the data security you need

Up Time Episode 1: How has technology changed and how...

21 Aug, 2017
© 2018 COMPARE THE CLOUD LTD. All rights reserved.
This site uses functional cookies and external scripts to improve your experience. You can accept or decline cookies here.AcceptDeclineCookie Policy