Jon is CEO at Preservica, world leader in digital preservation technology, consulting and research. He was appointed to his current role in 2014 but has spearheaded the company’s digital preservation business from its inception at the end of the last century. Under his stewardship Preservica has grown from a research project to an autonomous software business that boasts an impressive line-up of customers including leading pan-national, national, state, local and business archives and libraries across 4 continents.

Jon joined the IT industry in 1986, after a degree in Materials Science from Oxford University and has worked in many roles within including programming, system design, project management, technical management and business development across multiple industry sectors. He completed his Institute of Directors Certificate in Company Direction in 2000. 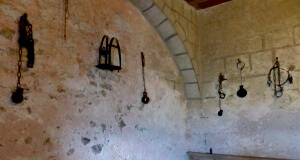 Is the Digital Dark Age Looming Behind the Cloud?

Data Beyond Borders: Rethinking the Cloud in Times of Global Change

CaSaaStrophe | Communication during a crisis

9 Mar, 2016
© 2018 COMPARE THE CLOUD LTD. All rights reserved.
This site uses functional cookies and external scripts to improve your experience. You can accept or decline cookies here.AcceptDeclineCookie Policy