Fearing change is nothing new. Human beings are biologically programmed to be wary of the unknown, lest it provides a threat to their existence. However, the rate of change taking place over the last century or so is far greater than at any other point in human existence – fuelling a rise in technophobia.

Last year’s Survey of American Fears saw technology take second place, losing out narrowly to man-made disasters such as terrorism. In honour of Friday the 13th, we’ve taken a look at some of the creepier technological developments that are driving this anxiety.

Manipulating human DNA has long been the realm of science fiction, but it is fast becoming science fact. Developments in genetics and genomics have given scientists a greater understanding of our personal biology than ever before and for every dream of a disease-free world there is an alternate nightmare scenario. Could DNA hacking lead to a new wave of personalised biological weapons designed to target specific individuals?

It may sound far-fetched, but there are already claims that the US government collects and destroys personal items used by the President to prevent his DNA falling into the wrong hands. Creepier still, WikiLeaks claimed in 2010 that the US was actively collecting biometric information belonging to other world leaders. True or not, there is certainly much potential for good, and bad, to come from our genetic tampering.

Technology is unfairly portrayed as the enemy of personal privacy, with Internet cookies, government metadata collection and GPS trackers giving the authorities access to a great deal of information regarding your whereabouts, actions and motives. Of course, there is also plenty of technology, from encryption to VPNs, designed to shield your behaviour from surveillance. Big Brother may not be watching, but NSA revelations have certainly led many to believe that it is.

War has often brought out the dark side of technology, even if it may ultimately end up saving lives. From destructive machines that fill our skies and seas to the atomic bomb, technology has played a leading role in warfare for many years. Developments continue today through cyber warfare targeting foreign nations’ networks and computers and drone warfare on foreign lands. The latter, in particular, has the potential to increase the sense of detachment surrounding warfare. With military personnel selecting targets from behind a computer screen, taking a life could easily become a cold and disinterested affair.

As robotics develops we are starting to see machines that ever more closely resemble humans. Things start getting unsettling, however, when robots look almost human, but are clearly not. Psychologists describe this phenomenon as the “Uncanny Valley,” whereby observers exhibit a feeling of revulsion at the point where a robot’s appearance becomes more human-like. Examples of these creepy automaton’s are increasingly evident, including the Geminoid-F and Telenoid R1 robots, both designed by Hiroshi Ishiguro. 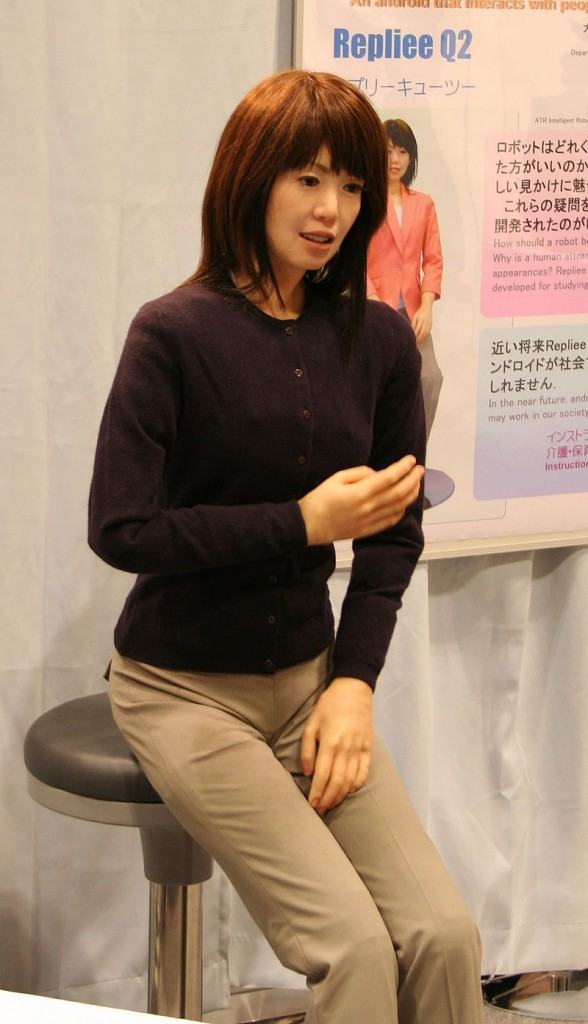 Although many of our modern-day technology fears are being encouraged by a media that feeds on scaremongering and hysteria, the threat of an AI-led disaster has received backing from a number of respected scientists and technology thought-leaders. An open-letter from the Future of Life Institute urged AI research to ensure that we reap the benefits of the technology, “while avoiding potential pitfalls.” To date, the letter has been signed by more than 8,600 individuals, including Stephen Hawking, Elon Musk and Steve Wozniak.

Professor Hawking has also gone on record multiple times to explain the threat that artificial intelligence poses to humanity. Crucially, once AI matches or surpasses current levels of human intelligence, it’s behaviour will become difficult to predict. Will it prove benign towards its creators, or as Professor Hawking warns, “spell the end of the human race?”

It is important to note that many of the technologies listed above are some years from being realised, and even if they are, they are likely to provide more advantages than causes for concern. It is not surprising that change can unnerve our modern-day sensibilities, but it is important that we do not let our fears stand in the way of innovation.

Amir Hashmi of zsah talks to CTC for #CloudTalks

DR as a Service – #Cloudtalks with Union Managed Services’ Heston...

A Different Approach to Managing Spend – Analytics and Machine Learning